Here’s How You Make The Most Of Your Front Garden

Things to Do In Udaipur – The Beautiful City Of Lakes

Songwriters own the intellectual property of their songs. In fact, some songwriters manage to become millionaires by creating a number of wonderful songs for listeners. It means that songwriters need to create something that’s worth published. Songwriters should work with singers, producers and labels to make sure that they works are properly promoted and can gain success in the market. However, there are thousands of professional songwriters out there. In order to gain success in the market, it is important to maintain proper relationships in the industry. Songwriters should also be able to make sure that their songs are sang by the best and the most appropriate singers available. Unfortunately, the music industry isn’t always straightforward. Even so, songwriters can start earning money by doing the right steps.

The best, simplest and quickest way to make money is if songwriters are able to perform and record their own songs. If songwriters don’t have proper singing ability, they are still able to hire decent freelance singers. The result can be recorded in the CD or sent through the Internet to the record labels and producers. Of songwriters don’t want to share the profit with anyone except the singer, they can still sell the song directly in the Internet. Snippets of the song can be published in YouTube and other appropriate social media platforms. Depending on the country, it is important to register the song, so people can’t legally steal our songs and claim as theirs. However, it can be very challenging for freelance songwriter-singer to establish a huge fan base with the help of professional producers and major record labels.

By registering our song, we should be able to obtain income from the royalty of our songs, which is often better than singing these songs only in local bars. We should look for organizations that are able to collect royalty from us. In the digital era, we may get royalty for each download or purchase. For beginner songwriters, a song can be sold for $2 or less. Once we gain more recognition, we should be able to get higher rating and fans. This will allow us to increase the price and we will also be able to generate more sales. Songs should be less than 5 minutes. The most important thing is to make sure that our song is memorable enough. Beginner songwriters could also offer their songs to TV and film producers. If our song is used in some scenes, we will be able to get a fee. However, the amount of the fee is often negotiable, depending on the scale of film production and our current reputation.

In the United States, one of the most lucrative ways for songwriters to gain earning is by offering their songs to Broadway shows. If the play can become a hit, songwriters could get revenue from multiple sources. In fact, songs that become Broadway hit could bring millions of dollars to professional songwriters. Other platforms that can use our songs include video games and advertisements.

Next Good Communication In Childcare – Why It’s Important

How To Print The Best Bronchure For Your Business 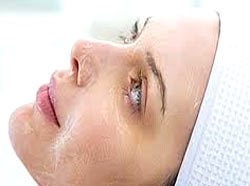