How To Earn The Money On Writing

Many of us are meat and potatoes kind of person. We salivate when a gravy-covered, juicy, big steak is shoved into our dining table. However, it is a common knowledge thatt red meat in hamburger and steaks could increase the chance of premature death. Processed red meat is even worse; but we consistently eat bacon, hot dogs and canned meat. Heart diseases and cancer are among the worst killers in the health industry; both are contributed to consistent consumption of red meat; especially the processed variants.

People are considered as a high-intake red meat eater when they consume an average of 4.5oz each day. Those who consume less than 0.5oz of red meat each day, can be called low-intake eater. Other risk factors that can heighten the probability of developing cancer and heart diseases; include high alcohol consumption, obesity, smoking and old age. Among people who died sooner due to illnesses in specific age group; most of them ate more red meat. Risk of having fatal cancer and developing heart diseases could increase by around 25 percent among people who regularly consume red meat. The risk will be even higher for people who regularly consume processed red meat; due to higher level of sodium, additives and preservatives in their diet.

In contrast, people who consume more white meat; such as fish and poultry, instead of red meat have higher chance of living longer. In reality, it doesn’t take much daily red meat intake to increase the risk of premature death. A small piece that’s as large as a deck of cards can cause various problems if we eat it each day. High-temperature cooking of red meat increases carcinogenic compounds in. As an example, HCA or heterocyclic amines are linked to breast, pancreatic, colorectal and stomach cancers on people. Also, reducing or eliminating consumption of red meat in our diet will reduce cholesterol and blood pressure levels.

Blindness in elderly can be caused various things; but continuous red meat consumption seems to increase the risk. We can guard ourselves against bad effects of red meat; by choosing fatty fish, such as trout, tuna and salmon. Omega-3 fatty acids are not only good for our heart and brain. It decreases the rate of inflammation and age-related blindness is less likely to occur. It is recommended to consume at least 2 grams of fish oil each day to get intended positive effects. Reduction in red meat consumption also contributes to our environment. Red meat is now produced through industrialized methods and this increases the emissions of greenhouse gasses.

Despite the higher risks, it doesn’t mean that we need to boycott beef and lamb consumption entirely. When consumed in moderation, red meat is beneficial to our body; because it is a good source for amino acids and proteins. Each month, we could have two medium-sized servings of red meat that’s trimmed of fat. If we can’t get a lean cut, it is a good idea to postpone eating red meat, until we get one.

Next Questions To Ask Before Buying Used Coordinate Measuring Machines 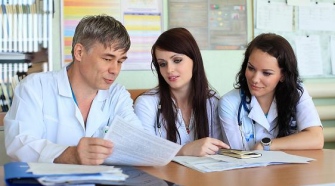