Having been surprised that my bikini hair has still not grown back after almost one year I have ordered another tube of HairFree, this time to attack my hair underarms.

As most people know girls of Spanish origin tend to have more body hair than other Western women. I am no diﬀerent and although we tend to take this in our stride, living in London has made me feel more self conscious about my underarm hair.

So having had good results with my bikini hair and a certain amount of success on the beach earlier this year I now decided to deal with my hairy underarms.

I normally shave my underarms about once a week. For this test I left them for six weeks to grow and grow. 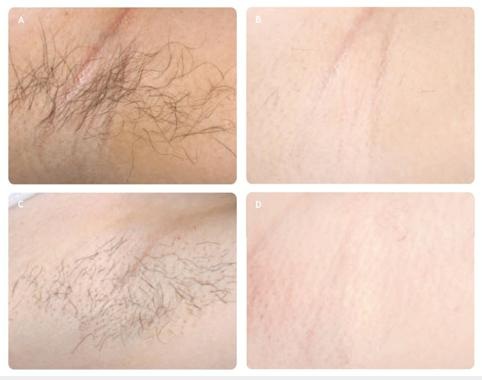 Week 1-Start: I smeared the cream on both underarms one after the other. It took barely a couple of minutes. What a mess! Ugh! An unedifying mixture of hair and cream. I left this for about five minutes and then used the scraper from the box to scrape oﬀ the cream. Not easy because of the angle and the curvature of your armpits. I then rinsed oﬀ and dried with a towel. All hair had disappeared. I was left with smooth skin. I would say the finish was superior to shaving. But the real test is later. Will the hair growth become reduced like when I treated my bikini hair?

Week 2: I was checking every day and could see that much less hair was growing back, about 30% as a rough estimate. Also the hair was softer and thinner. So a week later I could see a definite reduction in hair. I re-applied the cream just as before, scraped it oﬀ and washed the skin. same result of smooth hairless skin. Check out photo ‘A’ top left.

Week 3. This time I could see a big reduction in new hair growth, I would say about 50% less hair had grown back. I repeated the procedure which gets less messy overtime you do it. There is a slight smell from the cream but not that bad. Also if you leave it on too long it can sting slightly. The amount of hair that had regrown is shown in photo ‘C’ bottom left. Hell, have you tried photographing your arm pits lately!

Week 4. This time hardly any hair had grown back. There was about 80% less hair, just a few sprouts of very thin hair which has not shown up on the photo very well because they were now much shorter. At this point I was feeling very happy with the results and am now convinced that this is working just as well as my bikini hair test earlier. Check out photo ‘D’ bottom right.

Week 5-Finish: By now there was virtually nothing to show. However, I put the cream on one more time in the hope of getting rid of the last few strands. See photo ‘B’ top right. 95% of hair had stopped growing and I was truly happy with the results. This stuﬀ definitely works as I have now completed two test successfully.

I am a big advocate of this product as it has saved me a lot of hassle and as you can see, it does work. It’s available online at:

Next Why You Should Have A Virtual Receptionist

How to Prepare for a Home Inspection When Selling Your House

How To Stay In Good Health Throughout Your Life

Essentials Of The Grand History Of Delhi 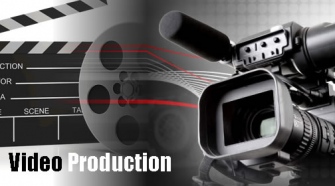