3 Tips To Put Chronic Pain In Its Place

5 Tips About Caring For Your Chimney

A Basketball Net Means Fun For The Whole Family

Make Your Loved Ones Birthday Memorable by Sending Gifts

If you’re looking at moving on to University in September, whether you’re working on your A-Levels even now or in the midst of a gap year, there’s a big change coming to your life and it’s important to think about it so you’re ready when the time comes.

Today we’re taking a look at the way studying changes as you move into higher education, and how to make a success of it, so while you’re settling into your student accommodation in Huddersfield, say, you’re also settling into a successful and productive academic life.

You’ll receive your initial reading lists when you’re accepted onto your university course, and if you’re enthusiastic about your studies it’s tempting to buy everything and read them as soon as possible. This is expensive, and ultimately, a bad habit. You might have the time to read everything in the long, empty summer holidays, but in the midst of a term, with deadlines pending, you can’t necessarily fit all the named texts in, especially if you want to enjoy any of the social scene that universities offer as well as studies.

The key is learning to be pragmatic: to scan the list, and work out which titles are vital, and need to be read cover to cover, with sections underlined and notes written in the margins to aid your understanding as they’re referred to in lectures every week, and in turn quoted in every essay and exam. Others are less key: they may be used to illustrate a single point in a single week of lectures and depending on the choices you make, might not be directly relevant to any essay you write.

Some tutors are good enough to mark off the core texts of a course. If there’s no indication like this, try talking to students who’ve studied this previously, using Facebook groups and student forums to learn what’s important and what’s not.

Up until university, most essays have called on you to either presents two sides of an issue or describe an argument an existing text or scholar makes and assess its weaknesses.

The approach changes significantly as you move to university: you’re being assessed as a scholar in your own right so what’s necessary is for you to make you own argument, sustain it through the essay and leave it on a persuasive for the tutor or examiner.

Certainly, you’re unlikely to find an undiscovered flaw in a core text a lecturer has been teaching for years, so useful approaches involve exploring or pushing on small details or looking at a text through the lens of a particular mode of criticism: what does a feminist reader find in a Victorian novel, for example.

As long as you remember that what you need to display is your own thought and scholarship, not other people’s you’ll be on the right track!

Delicious Dessert Recipes that are Naturally Sweet without a Sugar-rush 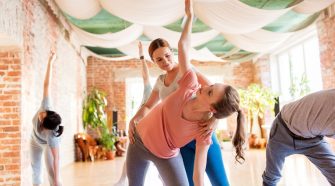