The Scramble For Gold

Does Zantac Cause Cancer?

Called cleats or soccer shoes in North America, football boots are the shoes worn especially for football. They tend to differ slightly from rugby boots, but the idea is essentially the same. They are athletic shoes fitted with oversized studs on the outsole. These studs dig into the ground and aid grip. They originally began simply as shoes that were outfitted with some studs by the individual footballers, but have since come to be an incredibly massive industry devoted to scientific advancement, research, and marketing. How did they get from homemade leather-soled shoes to the high-tech shoes that they are now?

In the middle of the nineteenth century, football became increasingly popular among primary schools as well as universities throughout Britain. Many people credit the United States Civil War for impeding the progress of football in North America, as the two were happening at about the same time. It was also in the mid-19th century that rugby and association football began to split and develop separately.

Footballers in the 19th century would wear their work boots to play on weekends and after work; that’s why the shoes are called boots to this day. Work boots have a steel cap on the front, ankle support, and very long laces. They were also outfitted with metal spikes on their soles so that they were more stable on grass and dirt for work, but footballers found that they helped with grip while playing football as well. That’s why, later in the 19th century, someone developed football-specific boots. They were leather boots that covered all the way up to the ankle. They weighed as much as 500 grams.

In the early 20th century, football boots remained pretty much the same as they were in the 19th century. The sport was starting to take off around the entire British Empire, but World Wars I and II halted the progress of the sport and of boots. After World War II, much of the wartime infrastructure was still in place and needed to be re-appropriated. Also, technology that had been used to make long marches more efficient and comfortable could easily be adapted to the football pitch.

After World War II, football boots began to change drastically. The changes in the shoes also greatly affected the way the game was played. In South America, the boots were getting increasingly more flexible and of a lighter weight. This began because the South American footballers were more focused on kicking power and ball control than they were on protecting their feet.

In 1954, AdiDassler changed the football boot forever. Dassler’s contributions to sports footwear directly lead to the discount trainers that are so readily available all over the Internet. The World Cup of that year was nearly drowned in rain. Dassler designed studs that screwed into the boots, which served as a distinct advantage in the muddy conditions.

In the 1960s, shoes began to abandon their roots as boots for lower cuts on the ankles. This allowed for greater speed and manoeuvrability. The increase in the popularity of football, as well as the increasingly efficient production standards, led to lighter and sturdier football boots in the late 1970s.

The Adidas Predator was built in the 1980s based on the original ideas Adidas had come up with thirty years previously.

In the early part of the current century, laser-cutting technology came into development. That meant that by 2006, fully customised boots could be designed for players. These are incredibly popular amongst professional footballers who like their shoes to be designed specifically for their feet and style of play.

Current footwear that you might find on the Internet builds on the hundreds of years of history of football boots and athletic shoes. The original boots were in fact boots, but now they are more accurately described as shoes. They are lightweight, low-profile shoes designed to balance weight with function. In the past, they were typically made with different sorts of natural materials. The first boots were made from thick cow leather focused on protecting the feet. Then, in the 1970s and 1980s, shoes began to be built from calfskin, goatskin, and other natural leathers that were perhaps lighter and softer.

Now, many shoes at all price points are made from alternative materials as well as natural materials. Laboratory-created materials tend to be lighter in weight, stronger, more flexible, and more sustainable. These technologies that are available even in discounted shoes tend to feature antimicrobial properties that help to reduce the smell of sweaty shoes; also, they tend to wick sweat away from the feet faster than natural leathers. That sweat-wicking property keeps feet cooler while playing.

Trainers come in several different varieties. They tend to come in specialised forms or cross-trainers. They’ve come a long way from repurposed work boots. Specialised trainers are designed to perform one task most efficiently. That doesn’t mean they can’t be used for other purposes; they just might not perform them as well. For example, running shoes are obviously designed for running, but you can play a game of football in them. They might not be the best shoes for the task, though, because they do not have cleats for grip. Also, they do not typically feature any ankle support since you are supposed to be running in straight lines.

Conversely, football boots are pretty much useless for anything other than football. They can be used for rugby obviously, but for nothing that doesn’t take place on grass. The cleats are much too dull to be useful as track spikes since those have to be significantly sharper. Also, the cleats make it nearly impossible to walk or run efficiently on pavement in football boots.

Cross-trainers, on the other hand, are designed to be used for multiple purposes. They tend to have a decent tread on the bottom so that they provide some grip on grass and dirt without being true cleats.

They function as running shoes, football shoes, and have many other athletic uses. Also, they can be worn on a day-to-day basis because they are designed to withstand harsh conditions.

Previous Getting The Lowest UK Prices On Steel Beams and RSJs

Next Finding The Right Location For Your Business

5 Tips on How to Study Effectively for College 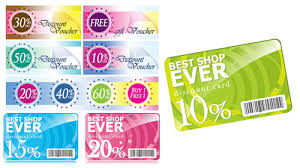