How to Calculate Home Insurance?

Bayer has long been under the gun for the amount of turmoil caused to patients taking their birth control Yaz and Yasmin. In one recent case, a woman had to have her arm amputated because a blood clot had killed the flesh in her lower arm. A recent settlement from the company deals with gallbladder injuries, but victims who have sustained both blood clot and gallbladder injury, may be better off choosing the blood clot settlement.

The latest settlement by Bayer, including the company brands Yaz and Yasmin, has to do with gallbladder injuries. Those that suffered injury will receive $2000, while those that had to have their gallbladders removed with receive $3000. This means that the company will pay out up to $24 million. Once the court and lawyer costs are considered, plus the amount that insurance companies will require for reimbursement, victims will receive little, if any, money from the settlement. However, many victims qualify for both the gallbladder and blood clot settlements, but can only choose one.

What Does This Mean for Yaz and Yasmin?

Bayer is certainly left footing the bill and rightfully so. With such large settlements, you would think the company would recall the medications, but that isn’t the case. Yaz and Yasmin have not been recalled, nor are there any indications that they will be. However, Bayer’s agreement to these settlements says a lot about how safe the drugs really are.

If you’re currently taking Yaz or Yasmin, you need to speak to your doctor about the risks and to find out more about the complications. These contraceptives have caused injury and death for a number of former users. Be it blood clot or gallbladder injury, the numbers and lawsuits don’t lie. Even by agreeing to settlements, Bayer has acknowledged that these drugs are unsafe. Don’t wait to become a victim. Speak to your doctor about changing your birth control as soon as possible. The risks are simply too great to continue use and there are many safer alternatives on the market.

Next Is Socially Responsible Investing Worth the Risk?

How Fasting Can Benefit Your Overall Health? 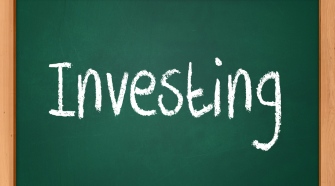