Key Facts On The Process Of Hiring

The body is designed to use its immune system to fight off foreign invaders like bacteria, viruses and fungi.  In some cases, however, the body’s immune system decides to fight off parts of one’s own body.  This attack and destroys healthy body tissues by mistake.  This is called an autoimmune disease. Researchers estimate that there are more than 80 autoimmune disorders.

No one knows the exact causes of autoimmune diseases.  What is known is that the white cells of the body are involved normally in protecting against harmful substances.  Besides the above pathogens, it can fight against toxins, cancer cells and certain blood and tissue that originate from another body source.  All of these substances contain antigen.   The body forms antibodies against the antigens so that the rest of the immune system can recognize these agents as foreign and will kill them.

An autoimmune disease can do several things, including destroying body tissue, changing organ function or allowing for an abnormal growth or an organ.

An autoimmune disorder can affect one or several organs or types of tissue.  The areas most affected by autoimmune diseases include blood vessels, endocrine glands like the pancreas or the thyroid gland, connective tissue, muscles, joints, red blood cells and skin.  It is possible for a person to have more than one autoimmune disorder at the same time.

Common immune disorders include the following:

There ae numerous symptoms of autoimmune diseases, most of which will vary according to the type and location of the misread immune response.  Common symptoms include fatigue, fever, malaise or ill-feeling, joint pain, rash or body aches.

In order to diagnose an autoimmune disease, the doctor will do a complete physical examination, followed by lab tests that depend on what is found on the physical examination.  Tests that are done in order to diagnose an autoimmune disease include:  antinuclear antibody tests, autoantibody tests, a CBC, a comprehensive metabolic panel, a C-reactive protein, an erythrocyte sedimentation rate, a urinalysis, a fluorescent antibody screen for lupus and others.

The main goals of treatment of autoimmune diseases include the reduction of symptoms, the control of the autoimmune process and the maintenance of the body’s ability to fight legitimate disease.  The treatments will be suggested by the doctor and failure to adequately treat autoimmune diseases correctly can lead to malpractice.  Treatments include supplements to make up for what the body lacks, such as vitamin B12, insulin, or thyroid hormone; blood transfusions; physical therapy to help with the movement of the body’s joints, muscles, bones, and connective tissue.

There are many medications taken to reduce the body’s immune system and its abnormal response.  These are usually called immunosuppressive medications and include corticosteroids like prednisone and nonsteroid drugs such as cyclophosphamide, azathioprine, sirolimus or tacrolimus.

The prognosis depends on the disease.  These diseases are chronic and many are completely controllable with the proper treatment.  If inadequately treated by the doctor, it can lead to things like kidney failure and death.  Fortunately, the symptoms will come and go in many cases and when a person has a flare-up, more treatment is needed.  For More information Visit:  Medical Negligence Compensation Solicitor

Next Cure It With Natural Remedy

Finest Ways to Enjoy your Holiday

How Can Content Mart Help You To Get Real Automotive Write? 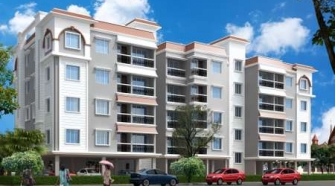