How Education Can be Applied in Real Life?

5 Tips To Recover The Skin After The Summer

While the movie Big Eyes has brought art fraud to the fore, the fraud undertaken in the film isn’t necessarily the sort of art fraud that takes place on a more common place. Given the high value of so many pieces of work, it is no surprise to find that art fraud is still a major thing around the world and there has been a major story featuring a Belgian man that has caught the eye of late.

Like all great art frauds, the story involves someone passing themselves off an aristocrat, in order to steal thousands from an antiques dealer. Oliver Trusgnach, aged 39 years old, impersonated a German aristocrat and referred to himself as “His Serene Highness”. This is unlikely to be the name that he refers to himself in prison as he has been sentenced to 2 years and 3 months in hail at the Crown Court in Oxford.

Trusgnach was convicted of stealing over £115,000 to fund a lifestyle that was extremely lavish and which saw him gain a good deal of publicity. There was even the time when he was a major news story in Europe after he accused a former Prime Minister of Belgium of sexually abusing him when he was a child.

The full name that Trusgnach gave himself was “His Serene Highness Prince Oliver von Mecklenburg-Schwerin” and for three years he lived his phoney life. His main crime was forging his bosses’ signature when he was working for a highly regarded antique dealer, crimes he undertook pay for the cost of a swinging lifestyle in London.

Trusgnach was appointed the manager of the Gallery at the HW Harvey Antiques Shop in Witney in Oxon back in May of 2000. Over the years, he built up the trust of his bosses, allowing him to reach a position where he was able to take cheques of the firm to the bank and then have them cashed.

While he was supposed to cash these cheques, Trusgnach instead created false invoices and then forged the signature of David Harvey, his managing director, to ensure that the cash could be placed into one of his accounts. In total, Trusgnach managed to steal £115,775 from the antique dealer before he managed to flee the country back in 2003.

The Prosecution in the case, Alexandra Bull, said in court; “He did not have authority to sign cheques. A minimum of 77 cheques were stolen from the company, written out as payable to himself and Mr Harvey’s signature was forged. Beyond the actual financial loss of course, there was also the loss of goodwill from Mr Harvey’s trade suppliers who were left unpaid.”

Trusgnach moved around Europe after he left Britain, spending time with his parents in Belgium, moving to Germany and then eventually settling in Palma on the island of Mallorca. The defence stated that the accused started to commit the crimes because he had developed a lifestyle that he was unable to maintain on his salary, which stood at £18,500 per year.

There is no doubt that the cost of London living is expensive and if you get caught up in a glamorous lifestyle, it is easy to see why you would be determined to do what you can to keep the lifestyle you have grown accustomed to. Even back in the early 2000s, an income of less than £20,000 wouldn’t have been enough to fund a lavish lifestyle, and you can only imagine what sort of life the Belgian would have in London now on this sort of figure.

There is no doubt that he committed to a major fraud and stuck with the lifestyle even though he knew that we was on the run and could probably never return to Britain and reunite with all of the friends he had built up. There are many different reasons why people commit fraud, and the trappings of what seems like a better life are regularly cited.

Glamour can be fairly intoxicating, which means that many people will do what they can to maintain such a lifestyle, but in the long run, committing a fraud of this nature is always liable to catch up with you.

Previous Check Out The Best Paying Guest Accommodation In Hyderabad

The Roles Of A WELL Building Consultant For Construction Project

3 Current Digital Trends That Businesses Ignore at Their Peril 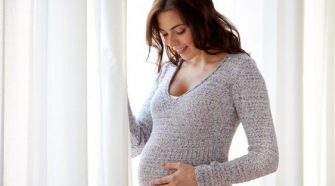