The Gaia hypothesis is theory of enough controversy to drive a substantial number of people nuts in that it posits the notion that Earth is an actual organism endowed with life in much the same way as a human being, an amoeba or a Douglas Fir. In other words, it was given life and it can be killed. The theory takes its name from Gaia, the Greek term for this heavenly body upon which we all depend. Gaia was an actual living entity to the Greeks; not just that, but she was also related to their gods. The Gaia hypothesis proposes the radical concept (to many) that other living entities and ecological systems here serve to create modifications throughout the nature of our environment, creating a better condition for all that depend upon it.

The Gaia hypothesis breaks with the traditional view of evolution as just another example of capitalist competition by claiming that evolution is an example of how cooperation trumps struggle between opposing forces. The primarily foundation upon which the Gaia hypothesis is constructed is made of two different, but interrelated, building compounds: sexual reproduction holds that evolution of life on Earth was enhanced by two processes: sexual reproduction brings about variety and consciousness allows any inefficiency of genetics to be replaced with social construction.

Supporters of the Gaia hypothesis base their beliefs in large part due to the existence of oxygen in our atmosphere. It is an established theoretical assumption that Earth in its early stages did not enjoy the benefits of oxygen, the existence of which mandated an evolutionary process that resulted in the acquisition of photosynthetic. The photosynethetic process results in the creation of oxygen and without this system of production, Earth would be uninhabitable. Since nearly every aspect of Earth’s environment absolutely requires the existence of oxygen and since the actual chemical makeup of oxygen within the atmosphere has remained virtually unchanged for billions of years, the Gaia hypothesis takes this as proof that a symbiotic sense of equilibrium exists on the planet. And this is exactly the point at which some people begin to question the validity of the hypothesis.

Supporters use this long-existing balance of the just perfect amount of oxygen in Earth’s atmosphere to make the leap that it is working as a homeostatic property. What is homeostasis? You know how your body is almost always at a stable 98.6 degree temperature, give or take? And how reptiles are cold-blooded? Any living organism has a built-in thermostat. That is part of what makes it an organism instead of a thing. The Gaia hypothesis extrapolates from the fact that Earth has undergone such extraordinary climactic changes over its life, yet has managed to remain within a very narrow corridor of having just enough oxygen to support life as evidence that the planet must have some sort of organic homeostatic property that is there to allow a perfect balance for the creation and sustenance of living organisms.

Previous Dealing With A Disability

Next Childcare Courses In Perth: Things One Should Know About Employee Childcare Benefits

Analysis and Essay on the Works of William Shakespeare: Romeo and Juliet

Ways To Cultivate A Reading Habit

Pregnancy planning and a check list to have a healthy pregnancy

Skills To Write A Resume 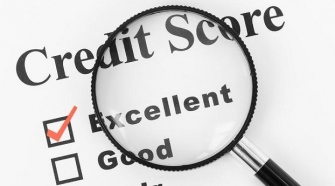