Chauffeur Driven Car Can Be Used In Several Ways

When You Should Replace Your Surge Protector

Crossy Road – A Fun Filled Game For All

How Much May I Spend In Barcelona For Four Days?

Why Is It Wise To Shop From Wholesalers For Baby/Children Wear?

It may seem like the Americans With Disabilities Act is decades old. We’re accustomed to hearing about ADA regulations and compliance, and it almost seems routine by now. However, the law was only signed in 1990, four years after the National Council on the Handicapped (a group now known as National Council on Disability) issued a report that included a call for a comprehensive disability rights law. The law provides critical access for people who would otherwise be expected to, for example, sit outside a restaurant without a wheelchair ramp while their friends went inside and ate. Not that good friends would do that; however, plenty of businesses didn’t think of accessibility as a big deal, until the government told them to start caring or risk fines. It’s not perfect, and society still has additional to work to do. However, it makes living with a disability easier than before the law existed.

Not every disability is visible at first. Disability rights advocates spent years that point, but it’s one that shouldn’t be forced to make. If you see someone with a placard parked in disabled parking, don’t stare at them because you think they aren’t “disabled enough.” The fact is, most people aren’t good at identifying with someone with a disability. It’s worth speaking up if someone without the proper placard parks in a disabled spot, though, because they’re blocking access for someone who needs it. However, other than that, it’s not our job to police people. If a person can walk, that doesn’t make them unworthy somehow. It doesn’t mean they’re cheating the system. They may have arthritis or another chronic condition that isn’t apparent on the surface. Perhaps they were involved in a terrible work accident a couple of years ago that required them to contact long term disability lawyers. It could be a good day, a bad day, or something in between for their condition, and it’s nobody else’s business, as long as they’re following the law.

The term “disability” encompasses more conditions than we realize, even if they aren’t conditions that cause someone to apply for a disabled parking placard. Mental health issues like depression and anxiety sometimes qualify someone for sick leave under the Family Medical Leave Act. Depression makes it hard to get out of bed, and anxiety makes it very hard to focus on the task in front of you. People with mental health conditions aren’t “faking it,” and they don’t need to “toughen up” and “just get over it.” So, please, don’t say such cruel things to people suffering with these issues!

In 2009, USA Today reported that veterans’ claims for sleep apnea more than doubled since 2009. A government official told the paper that the disease can be “quite severe,” and he’s right. We may think of it as a disease that causes a great deal of loud snoring. However, if left untreated, it can also lead to conditions like heart disease and stroke. The older you get, the more at risk you are, and being overweight also makes someone more likely to develop it. It’s also most often found in men than in women. Doctors can treat it with a CPAP machine that ensures the person using it gets enough oxygen when they’re sleeping. So, there’s a great deal more to the disease than just snoring, and people who receive disability claims because of it aren’t getting some sort of unfair advantage. Instead, they’re doing the best they can to cope in the face of an often-frustrating medical condition.

The process of filing a disability claim isn’t a simple one. The claim can be denied, which then forces you to either give up or file an appeal. People don’t file claims just for the heck of it, either. Don’t assume that people with disabilities are “takers,” since that’s a good way to offend someone. We all give, and we all take. Like everyone else, people with disabilities are doing the best they can with the resources they have.

Previous Bask In The Glories Of Delhi

Next What is the Gaia Hypothesis?

Things To Keep In Mind When Posting Your Free Ads Online

How Can Mechanical Aptitude Test Be Conducted?

Managing The “Individual” In Personal Finance 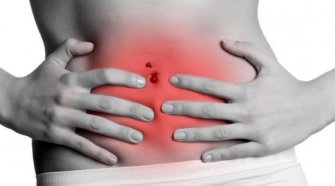