Social Media and Its Major Impact On Brand Awareness

Every one of us wants to save money, but not by putting our notebooks at risks. Purchasing a battery from the aftermarket, against the advice of notebook manufacturers, can even render the warranty null and void.

Let’s find out whether aftermarket batteries are a sound  deal, reliable, safe or menacing fraud.

Cheap Laptop batteries, in reality, are not worth the savings. Aftermarket batteries could easily explode, catch fire,  and physically injure you or even burn down your house.

In the year 2013, battery of a Samsung Galaxy S3 blew up in the pant pockets of an 18 year old girl, resulting in third-degree burns. After an investigation, it was revealed that Galaxy S3’s battery was not the original one, but a counterfeit one with Samsung’s logo on it.  It is not difficult to find other reports revealing exploding batteries not only injure people but also burnt down buildings. However, it is not clear whether there is a need for cheap batteries to be blamed for this mishap or not.

Third party batteries are not only defaulters in this game. Best buy called back more than five thousands batteries of MacBook created by ATG, in June 2013. According to US Consumer Product Safety Commission, it was held that the firm  received more than ten reports of batteries catching fire(one of them leading to serious burn to a leg of a consumer)

Even from your trusted electronic stores, it is relatively not a good idea to purchase cheap third-party batteries. When compared to a device’s manufacturer who needs to maintain their batteries at considerably a high standard, batteries designed by an unaffiliated company are designed to a much lower standard.

Why Batteries Blow Up or Catch Fire?

In today’s world, devices come up with Li-ion (Lithium ion) batteries. These types of batteries meltdown due to the process called ‘thermal runaway.’ It refers to a situation where a temperature increase changes the pertaining conditions in such a way that it tends to cause a further increase in temperature. It often results in a destructive outcome. It can be said a sort of an uncontrolled positive feedback.
Major problems that can result from battery issues include lots of smoke, fire, and explosions caused by excessive heat, overcharging, short circuit, or abuse.
When it comes to an aftermarket battery, the above-listed risk factors tend to be aggravated. A short circuit may occur due to breaking down in battery’s materials due to improper manufacturing of the cheap third-party battery.  Lithium ion batteries come up with amalgamated overcharging protection for preventing the battery from becoming overcharged. However, this is not the case with the third party cheap batteries.

An aftermarket battery, even if doesn’t catch fire or explode, it may not work as good as you would expect. Moreover, in comparison to original battery, it may not have had that much-expected capacity and it may tend to deteriorate at a much faster rate(holding less charge).

What You Should Be Purchasing

As far as replacing your device’s battery is concerned, skip the cheap third party batteries and purchase officially authorized batteries. For sure it would be expensive. However, it would provide an unmatchable safety. Original and official batteries are worth a shot when it comes to holding a considerably higher amount of charge providing a value for your money.

You Get What you Pay for!

Next The Good & Bad Of Debt Consolidation Loans

Pros and Cons Of Replacing Your Electric Appliances 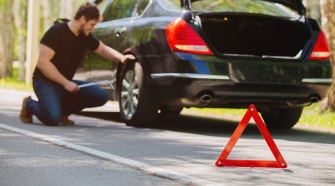