SEO – What Should A Customer Know?

Young and Independent: It Is Time To Set Up Your Own Home!

As the world population continues to grow at a torrid pace and with its energy needs growing at an even faster pace, a collective change to green energy seems necessary. Since our current energy solutions aren’t sustainable, the world’s largest countries are looking to move away from non-renewable sources to renewable ones. While there are several forms of renewable sources such as wind, hydropower, tidal, biomass, and geothermal, it’s solar that may have the most promise. T

he costs of production for solar energy is falling at a rate unparalleled by other renewables so it is no wonder why the world’s leaders have initiatives in place to rapidly expand the amount of energy generated by solar. It’s important to note, while the following countries are leading the way in solar energy production, it still represents a small percentage of the overall energy generated. But that won’t be the case for long, as solar will be a large part of the solution to our expanding energy needs of the future. The following are the top 5 countries using solar power in the world based on installed photovoltaic (PV) energy capacity. Their overall percent of energy being produced by solar is also given.

Over the last 4+ years, the United States has seen an increase of over 750% in its solar capacity. This can be attributed to several factors that are making it worthwhile to individuals and businesses to make the switch. On the residential side, the United States is seeing tremendous growth We are seeing a lot of growth in the residential sector thanks to smart financial programs. Solar leasing and power purchase agreements (third-party ownership) allows homeowners to go solar without upfront costs. These programs along with steep declining costs in production and statewide solar initiatives has made going solar more attainable than ever before.

While the U.S. can take pride in it’s solar efforts, it has a long way to go before it can compete with the rest of this list beginning with Italy. Despite it’s smaller size compared to others on the list, Italy still manages to crank out an impressive 18.5 GW and an astounding 9% of it’s overall energy comes from solar.Italy is doing a lot to convert to solar energy, and, every two months, there are more solar energy panels installed in the country than there in California during a whole year.

Still not sure solar energy is here to stay? Look to a country who increased their production of solar power roughly 700% over the last 4 years and only comes in at 3 in the overall rankings. It has no intention of staying at 4 however with government residential PV programs along with net-metering (being paid for the energy your home adds to the grid) will help them reach their high national solar energy goals of 28 GW by 2020.

The country with the largest carbon footprint had perhaps the biggest need to step up renewable energy production. They are continually upping their solar GW goal and what was once set as 20GW by 2020 has since been eclipsed and now sits at an amazing 70GW. Don’t be surprised if they reach that milestone as no other country has been able to match their gains over the last 4+ years.

The unquestioned leader in solar power over the last year has been Germany and their steady expansion of between 3 to 6 GW a year over the last 4+years . Germany plans to be using nothing but renewable energy by 2050 and they are well on their way to that goal thanks to large amounts of solar production. Strong financing opportunities (like those being used in the U.S.), along with large availability of skilled PV companies, a proven feed-in-tariff (FiT) scheme, and a good public awareness of the PV technology have contributed to Germany’s solar success.

Previous The Various Components Of The Mommy Makeover

Next Can Online Reviews Help In Getting Access To Best Products?

Top Must Have iOS Apps In Your Phone

Tips To Get Consumer Loans Without Collateral

5 Things You Can Do With a Degree From Excelsior College 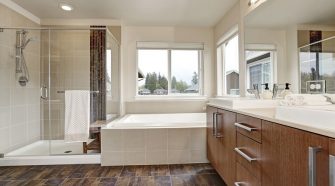