How FEMA Has Developed Over The Years

Generation Z is defined as the people born after the Millennials. Though the age range is unclear, it is somewhat perceived as those who were born from late 90’s to the early 2000’s.

A data gathered in 2015 showed that the post-Millennials were starting to catch up to the Millennials in terms of numbers (66 million vs 69 million). Thus, companies have been putting an effort to cater to these new generation, imagining the profit that they can make based on the numbers. Here are the top 3 brands who made the most out of the situation, catapulting their names in the process.

In an age bracket wherein peer’s perception is important, the Jordans, Kobes and Lebrons guarantee to net a positive impression. They appeal to everyone, regardless of age, thus making NIke as one of the most popular apparel in this group as well. The technology they use in creating a pair of shoes makes it comfortable to wear. The quality is considered top-notch. The range of colors allows teens to choose which pair fits their desired look.

In the recent survey conducted by Piper Jaffray, Nike notches 50% of the total votes from 5,500 teenage responders. This is an impressive result,considering the number of competitors offering the same product. Nike has basically created a brand value that appeals to the young generation.

Applications like Snapchat and Instagram are popular among the Gen Z. Thus, having a capable camera is a must for them. The iPhone’s camera is not just capable; it is one of the best among the smartphones in the market. Because of the crisp and clear images and video clips it generates, it allows adolescents to capture moments more vividly. The responsiveness of the phone is unmatched. The new depth effect features allows users to take a professional photographer-esque shots. Couple these with other functionalities iand this phone becomes a necessity, rather than a luxury, in this age.

Taking Stocks with Teens, a study conducted by Piper Jaffray, found out that 21% of a teen’s budget was allocated for clothing. Coincidentally, Forever 21 emerged as the top clothing brand for this generation (39.39%).

The result is not surprising given the efforts put by the company to evolve together with the latest fashion trends, from jogger to worn-out pants and fitted to oversized shirts. Their designs are bold and flamboyant, perfectly capturing the characteristics of the youth these days. It helps that popular celebrities, like Taylor Swift and Kylie Jenner, are seen wearing their clothing line and are very vocal of their fondness of the brand. Finally, add the fact that they don’t cost that much as compared to its peers.

Self-expression is important among the Gen Z. They are establishing an identity to present to the society. Therefore, brands that allow them to showcase their individuality often do well in the market. You can ask any branding agency San Francisco, and they will tell you that styles and trends may change. However, the predictability in the principles behind such changes can give future companies a hint on what to steps to take to ensure success.

Previous Use The Best Way For Getting The Best Physique

All About The Retreat Center Illinois Residents Are Talking About

Young and Independent: It Is Time To Set Up Your Own Home!

Bahrain, The Origin Of Life 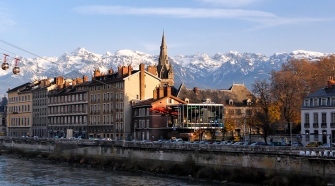