Arrest Mental Aging and Strengthen The Mind With EHT Supplement

Factors To Consider While Choosing Between Rekeying And Relocking Of Your Locks.

Samsung is, without any doubt, one of those few smart phone manufacturers who has always kept its flag high and been a successful player in the tech market by impressing and amazing its followers by its innovative nature. If we go by the rumors of this upcoming phablet, it is predicted to revolutionize the market of phablets. We are talking about 2015’s to-be-best technology – Samsung Galaxy Note 5 . Though its predecessor , Samsung Galaxy Note 4 has been a good experience for the tech geeks, the thirst of something new has generated lot of rumors about the Galaxy Note 5, invoking so much of curiosity about it. Due to Samsung’s basic trait and habit of always bringing some thing new and better than the last one, tech geeks also have loads of expectations from this upcoming marvel . So here we are with some of the features that will leave you amazed after experiencing Note 5. Here goes our list…

These days an amazing camera is a pre- requisite thing before picking your new smart phone because today’s tech loving youth is more oriented towards travelling and when travelling is their how can you not expect them to be capturers/photographers. So for such smart phone users who were hunting for an amazing camera , there search might end with the inception of Samsung Galaxy Note 5 as it has designed its phablet with a primary camera of 19MP . Good news for those as well who simply love to capture themselves or in other words, are selfie lovers . Samsung has planned a 4.7MP front camera for ‘selfie’ lovers along with other features namely OIS (optical image stabilization) and HD video recording.

Display constitutes a very crucial part of any smart phone and from Samsung we always expect improvisation. This time Samsung will surprise you with an enlarged super AMOLED screen of 5.9 inches . Something which will be more astounding is resolution of 4K and a corning gorilla glass.

Get Rid Off Slow Processors:

Were you also tired of your slow processors in your previous phones? Till now we have seen a trend of 2.5GHz processors but Samsung note 5 is going to set new trend of faster processor. It is likely to run on an octa-core processor of 3.2GHz with 64-bit architecture.

S pen is something which completely distincts the Samsung and its phablets from other phablets in the market and makes it a unique brand of our tech world.

We have already experienced this special feature in the latest release of Samsung note series – Galaxy Note 4 which was quite satisfactory. So there is expectation that Samsung will improve our experience of S pen in Note 5 as there is a lot more scope in that direction.

Did you change your last smart phone just because it was not strong enough to fight against its regular foes lile water or dust?? So we assure you that this would not happen with your next smartphone if it is going to be Samsung as Samsung Galaxy Note 5 has improved its immunity system. It is going to be equipped with protective technologies like water resistance , dust resistance and scratch resistance.

Its other features would include a RAM of 4GB, 3700mAh battery, 32/64GB storage and many more features. We are sure you would enjoy this new experience but for amazing experience you will have to wait till September 2015, the IFA event which generally witnesses release of Samsung note series. Its expected price range- 800$-1000$. In Indian curreny- Rs.51, 000-60, 000INR.

What are the Five Steps of Ethical Hacking? 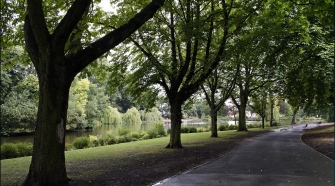