6 Things To Consider Before Taking Your Case To Court

How To Buy A Good Quality Crinkle Hijab?

Today, borrowers are at better position in getting credit. With proliferation of pay day loans, peer lending and several other crowd funding processes, acquiring a loan has become very easy in present times. More so, it has become difficult in managing debt, both in the perspective of creditors and borrowers. It is equally difficult for the debtor to manage all the debts and continue with regular repayment as well as for the creditor to effective collect the lent amount, without losing the customer. In such a scenario, technology can help you out in both cases.

Debtors Of A new Breed

There is a new kind of debtors available in the market which has come in to existence due to the past economic crisis. These debtors of the new kind are also called the ‘fallen angels’. They are the people who were regular bill payers before the economic crisis. After it, they had either lost jobs or faced some different kind of financial crunches. This has forced them to fall behind their dates of repayments and turned into a defaulter. After the economic crisis, the financial market has seen a steep rise in the number of such debtors.To know more click here.

There is a significant change in the behavior of such fallen angel debtors. They vehemently deny admitting that financial crunch and facing the hardship of non-payment is their feature and fate. They are seriously motivated to get in to the good books once again and that too as fast as possible. They work hard to get re-employed once again, as soon as possible, which is sometimes as soon as six to nine months. Previously, getting a defaulter in to good books once again took around six to eight years, but with them it is less than a year, before they can start repaying once again.

Difficulty In Collection As well

According to the working principle of lenders and creditors, they charge off a non-paying debt and consider it to be a bad debtor in six months’ time, maximum. Given the case of the new breed of debtors, implementing the same method may result in losing a customer. So, the other alternative is to wait for a little longer. The wait may be worth as the debtor will start paying once again as soon as they get a job.As these debtors are very sensitive, they might also react adversely to collection calls and letters and even ignore them in frustration and embarrassment.

Here comes the effective use of technology. If such is the case which is sensitive as well as dire, less intrusive methods of contact can be implemented.There are different safe technologies which can be used and to know more you can seek help of different links online. One such means is to use mobile communications or online self-service payment plans. Unlike the used-to type delinquents, these debtors need a gentle touch and it is essential for banks, financial institutions and several third party agents for collections, to find new and effective ways of approach.

Previous Knowledge And Solution About The Greatest Code Quality Threats

Next The Key Features Of The Best Online Help Desk Software 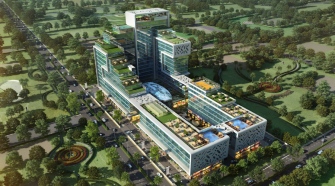 Guide To Be A Successful Real Estate Developer