4 Amazing Tips On How To Get Into Your Dream College

The company of Bajaj has always been on the top of the charts for delivering the best bikes worldwide. The most famous series of this company is the pulsar series. This company has managed to produce a vast range of pulsars which has managed to win the hearts of many of its customers. The back to back series of the bikes manufactured by the Bajaj has indeed created history. It is even seen in some places and surveys that people who already own a pulsar from beforehand are ready to buy the very next edition of it without any hitch. This company has simply reached the zenith of its popularity when it started producing the pulsar series. Recently a new addition has been made to this series of pulsars. It is the Bajaj Pulsar RS200.

This new beast is installed with all the same features like the previous pulsar bikes. The most important addition of this bike is its design. It is aerodynamically designed to be the best of all the previous pulsar bikes. It is mounted with a new head and the most important addition is the fuel injection which is completely carburetted. The power of this beast is increased by about one horsepower than the preceding models. The total horsepower of this beast is about 24bhp and it can peak its strength up to 9000 rpm. This bike is also provided with a more brittle and instantaneous throttle which is very much necessary for this fast riding fiend. The body is entirely made up of faired plastic and an ABS unit.

The seating positioning of this particular pulsar has a short range and the handle bars are positioned well near the rider. This seating position is well equipped with comfort keeping the ease of the rider in mind. The seat is also well padded which is an added bonus along with the entire package. The balance that is provided by the chassis of this bike is very much satisfactory and the suspension that is fitted in the bike is very smooth too. The experience of the turning point in a road becomes much less scary with this machine. It delivers super smooth and pleasant performance whenever you are riding the bike at the city level. Riding this beast in the city is very profitable because of its strong handling segment. All the cresses and the nooks can be easily covered without any hassle.

The engine does not make a sound whenever it is taken on a ride based on the lower revs, but once you speed the accelerator the beast growls its heart out and produces a reasonable sound that is favoured by most of the bike lovers. the vibrations produced by the bike is merely noticeable whenever the speedometer crosses a range of about 140km/h. the gearing of the bike is usually the same as the previous ones but this model has a better version of the gears which is specially installed to give it a luxurious feeling. Only a small amount of vibration is felt whenever the speed crosses the limit through the hand brakes only if you are riding the beast without wearing any gloves.

The best of this bike is the ability of it to turn the corners with swift speed and super ease. The steering of the bike is very much reactive to your needs and does deliver a skyrocketing performance. The tyres on which the beast runs are from the MRF which has slight change in their construction to outlook the previous pulsars. The bike can easily manage angles that are very much lean without any difficulty. If you know the technique then this is the best bike for the ones who prefer riding in the city lanes without any kind of machinery trouble.

This bike is installed with two kinds of braking system the ABS and the non ABS. the company has taken the effort to produce different models with these two different types of braking systems. The braking system is channelled via a single medium that is only the wheel that is placed in the front can experience the instant ABS braking power. This braking system is a very efficient system which is not recognised easily when you are driving in a normal mode without any emergency halts. This brake is very much needed and helpful in the cases where you have to stop the bike for any kind of panic stop.

This bike is definitely more aggressive in all aspects than the 200NS version of the Bajaj. It looks a bit bigger in size than the standard models of Yamaha R15 and KTM RC200. The design of this bike is also very much complicated in comparison to the others. The front side of the body indeed has a different shape and the lower part is designed to have a muzzle. The head is also studded with two headlights that are fitted with projectors to give off the best light experience than the other models.

The tail lights that are present at the back have an unusual look which is much appreciated by many of the customers. This model is definitely a proof that the designer of Bajaj has tried their best in standing out the entire RS200 model from all the previous manufactures of the company. This model is an easy eye catching ride which is often appreciated by the Bajaj fans. This bike has its boundaries which are to be crossed with apt attention so that the real beast can be unleashed form the latches. This model also comes along in a variety of colours like red, yellow, black etc. the most popular colour of the bike is the red one which catches more attention than the other. The unique red and black colour combination is very much appreciated by the buyers. The on road price of this beast is kept at Rs 1.18L which is satisfactory keeping all of its fantastic features in mind.

Previous What Are The Reasons That Advocate The Magnanimity Of Tracy Luttrell?

How Safe Is Your Wood Burning Stove 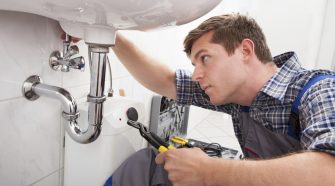