Have The Ride Of A Lifetime On Your Next Trip

How To Find The Right Tools For Your Business

The Best Ways To Show Off Your Bling

The Easy and Effective Guide To Be A Successful Entrepreneur

SHOPLIFTERS BEWARE!!! EYES ON YOU

In some cases, especially during winter or after a violent hurricane/tornado, our houses could be left without power for more than a couple of days. The big question is how we can eat comfortably and more importantly, healthily. Because, gas stations could also be closed or run out of gas; we could also be hesitant to drive to restaurant too often. In this situation, we could go to a grocery store and get food that we need. Unfortunately, eating healthily can be difficult; because fresh produce won’t last longer in grocery store, because their refrigeration equipments may not be working.

Produce in grocery stores may already reach the danger zone; because warm temperature cause bacteria to multiply quickly. At this situation, many fresh food products could be thrown away and won’t be available until the electricity supply is restored. However, we could ask the sellers to ask whether the produce and meat are still fresh and safe for consumption. In this case, we can cook the food immediately in a larger quantity. Although food that’s re-heated for multiple days may have lower nutritional values; it is still much better than opening cans of food that are loaded with sodium and various nasty chemicals.

Raw meat that completely thaws in an unpowered freezer unit is no longer safe for consumption, because it is very likely laden with bacteria. Even if it is safe to eat, we should cut the meat in much smaller pieces and cook them at high temperature. If the main gas pipeline is disconnected after a recent flood and other natural disasters; we could also use charcoal grill and outdoor gas stoves. In this case, we should be able to cook that we already have. In fact, if we need to use firewood from nearby fallen trees, we could do that. Some woods in the disaster area, could contain varnish, paint, anti-termite insecticide and other chemicals; so we should avoid taking wood that was once part of a building. In general, poultry and pork need to be cooked at above 165 degrees; while fish and other meats at 155 degrees and above.

After fresh produce has been consumed and there’s no more available in local stores, our options will be canned foods. If we don’t have other options and need to eat canned food; we should at least choose healthier alternatives, such as canned beans, peanut butter, canned vegetables, canned tuna, canned sardines and other fish. It would be a good idea to avoid canned red meat, due to its high content of sodium, saturated fat and bad cholesterol. Although canned food is already cooked, we could heat it up to improve taste and kill newly introduced germs after we open the can. Dried fruits could also provide us with much of the same benefits; but we should choose those without added sugar. Packaged fruit juice could also be better than soda and energy drinks.

Next Evaluating Local Laws That Regulate Tenants and Landlords Relationship

4 Tips To Get The Best CND Shellac Manicure For Yourself

Tips You Need To Know About Smarter Mobile Delivery 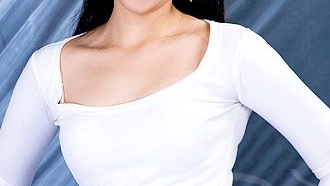 Online Sensual Chatting with the Girls of Your Dreams