Earthquakes have become a global phenomenon accompanied with other natural disasters like tsunami, hurricanes, floods, and earthquakes more frequently. These destructive events can turn mega structures into a pile of debris in a matter of minutes and cause harm to thousands of lives.

While there are no structures that are completely earthquake proof, engineers and architects are using innovative techniques and designs to safeguard new structures. These construction techniques help to reduce destruction and save precious lives. An earthquake with a magnitude of 6 Richter scale and above can damage any building. A devastating 7.0 magnitude earthquake which occurred in 2010 in Haiti reported more than 200,000 causalities and rendered millions homeless. Chile, Japan, Nepal, Indonesia, Mexico, and the Philippines are some of the most earthquake-prone areas in the world. Lack of habitable land and increasing human population are leading to the construction of high-rise buildings that stand at a higher risk of being destroyed by earthquakes. It is also easier to evacuate people through stairs in a low-rise building compared to a high-rise building. However, modern evacuation techniques are often inbuilt in tall buildings. A popular example would be the World trade center tragedy in 2011, many people could not make it to the ground floor because of the height of the building. Engineers are striving to create partially earthquake-resistant structures. Unreinforced bricks plastered with mortar are dangerous structures and can be reduced to rubble in case of any seismic shock waves. MP Birla manufactures high quality cement for construction in India.

The major types of cement manufactured by MP Birla are OPC, PSC, and PPC. Portland Slag cement is used to create strong and durable structures. The Burj Khalifa in Dubai is the tallest mega-structure in the world standing at a height of 2722 feet. This massive skyscraper can withstand earthquakes up to 7 Richter scale. It is built on a 52-foot-deep steel and concrete foundation. The vertical and horizontal loadings are supported by a unique truss system, making it resistant to torsional movements. Shanghai tower with a height of 2000 feet, is the second tallest building in the world. The site is primarily filled with soft, clay-based soil. To make this structure earthquake resistant, engineers incorporated 980 piles and secured 2.15 million cubic feet of reinforced concrete cement. It also consists of a tuned mass damper to control swaying during earthquake or high winds. A series of shock absorbers helps in optimal counterbalancing. Taipei 101 located in Taiwan is one of the tallest structures in the world. It has a massive internal damper to control swaying and minimize the possibility of structural damage, in case of an earthquake.

Architects and engineers must resort to modern and innovative techniques to construct earthquake resistant buildings. However, the taller structures always stand at a risk of greater damage due to seismic activities.

Gardening With Great Pleasure: The Nut Gatherers and Broadfork Tool

Set Your Business Apart from The Competition

Electronic Cigarettes – A Brief Look At Their Components and Flavors 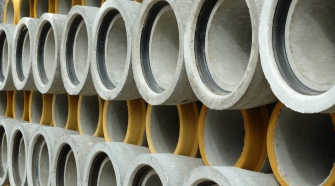