Across all the mobile platforms of Android, iOS and Windows, the MobiKwik wallet App now has more than 2 million downloads, and also over 2 million transactions that are being processed every month. This in itself is a staggering number. According to the Mobikwik company, more than 50 percent of its business is via the Android App, while the rest is via its other platforms such as its online website, its mobile website, as well as the Apps that it has on the iOS platform and the Windows Platform. Mobikwik estimates that by the end of this year it will successfully be able to reach the milestone of five million downloads just through the Android app. Mobikwik also has ideas to expand and enhance the mobile app into a complete wallet solution.

According to the projections of the Mobikwik company, there are clear indicators that in the upcoming 5 years, more than 300 million Indians would try to do their very first digital and online transaction using a smart phone. Mobikwik also hopes that this first transaction of all these people would be completed through a MobiKwik wallet. For all the users who are getting on the Internet for the very first time by using their mobiles, the excitement of being able to pay as well as purchase something is life changing! That is why Mobikwik has a very loyal user base that is growing rapidly at more than 400 per cent every year.

All the Users can sometimes avail the cash back by using an unique promo code till the duration of the offer and get the fantastic opportunity. The Digital wallet services company MobiKwik has also announced the launch of its mobile wallet services for the Windows phones in a joint effort with the Technology giant Microsoft.

The MobiKwik app, which can easily be downloaded on all Windows Phone smart phones, will be offering users the simplicity and security to buy goods and services from third party merchant websites.

The Mobikwik app can also be used to online recharge both prepaid and postpaid mobile, television or DTH, all the data cards as well as make bill payments for all broadband and landline phones, electricity bills, gas bills and insurance payments as well.
The app will also be available for the Windows Phone 7 and the Windows Phone 8 on the Windows Phone app store. The mobile app is small in size, really fast and light on the mobile phone CPU and also has much less bandwidth consumption.

All the mobile Users can park money in their Mobikwik wallet, up to Rs fifty thousand and make hassle free payments for number transactions in only one single click.
The MobiKwik app on Windows offers a fast and secure check-out experience for all customers. This is something that is increasingly important as more customers now shop and transact online.
So you will no longer a need to remember your 16-digit card number or even net banking pin. All that you need is your e-mail id using which you can transact through MobiKwik wallet. The ease, convenience and security that is offered by the MobiKwik wallet has been primarily importance to its acceptance among all the users.

5 Cool and Stylish Ideas For A Loft-Condo

Getting Started In New-born Photography 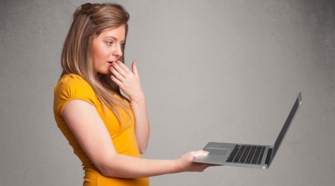