The Various Components Of The Mommy Makeover

Discovering The Benefits Of Snow Guards

Things To Consider Before Searching For A Modern Furniture

Have you always dreamt of writing a magnificent play, one that is so riveting, so strange and delightful, so full of magic that people continue to speak of it with awe for the rest of time? Yet do you have any idea where to start? If not, then before you go off proclaiming that you will be a world-famous playwright sooner or later, get the basics down. These guidelines will get you going on your fledgling wings and who knows, your play could someday be playing on Broadway.

First of all, what kind of play are you going to write? Is it going to be a grand musical, complete with catchy melodies and wistful lullabies? Or is it going to be a short one-act play that deals with a single conundrum? How about a full-length play that takes an hour or two to perform? If you are planning on a full-length play, then make sure that it is producible; that is, make sure that ridiculous requirements for technology do not get in the way of changing between sets, and that the setting can be realistically presented on a live stage. If you have a scene set in a fantasy world, make sure that you can smoothly make the transition to the next scene.

How should you divide your play? You can divide it however way you like, but keep in mind to give it some structure. A typical structure that you can follow is the three-act play. The first act involves an introduction of the setting and the characters. This is where you build for the audience a familiarity with the situation that you are writing about. This explains the characters and the way they interact with each other. The middle act involves the problem. This is usually long-winded and complicated, and you can tie smaller problems into the main complication. This act usually is the most dramatic and exciting part of the play and should keep the audience members on the edge of their seats. The last part of the play should be the conclusion in which the problem (or series of problems) is resolved. Hopefully you can tie the last bit up well; there are too many times that the endings are done sloppily. Keep it light, and try not to introduce any more major dilemmas (unless, of course, you plan to write a second segment).

I am sure you have a fabulous story idea and cannot wait to get it down on paper. However, you may find that planning and mapping out the story is crucial to developing a sound story. The best way is to maximize the effect of your conflict upon your characters, and upon your audience. Build up on this conflict, and express the tension that builds between the characters. How does this conflict affect each character? What would happen to each character if this conflict never gets resolved? What are the risks?

Create you own little world. Whether it is real or your very own creation, get into this world and work from the inside out. Pretend that you are a reporter who saw everything in this world, and survived to give a full description of this place. Get the audience to experience any colors or sounds that makes this world special. Give this world its very own pulse.

Let your characters shine through the dialogue. Let the series of events get publicized through dialogue. Dialogue is the meat of your work. Dialogue can reveal a lot. That said, keep in mind that sometimes having the character do something rather than say something can be very powerful. Play around with the two and see which work better for the situation. Is it better for a character to express fury verbally, or by breaking a vase?

What makes your main characters great? Also, what sets apart the supporting characters? Do they provide a foil to the main characters? Are the main characters glamorous and reticent, while the supporting characters act boorish? Get your audience to fall in love with the depth of a special character or two. Do not settle for the hackneyed “perfect good guy”. Make him troubled, doubtful, clumsy, and occasionally rude. The angelic “beautiful heroine”? Make her awkward, angry and even a bit eccentric. Give each character a unique voice. When you work on characterization, make sure to ask yourself, What motivates the characters? Is it avarice, lust, jealousy, anger, or resentment? Get to know your characters well. Dream about them. Imagine them taking on a form of their own. It is much better than forcing your notions onto them. As your characters develop, they may surprise you.

How do you write the dialogue? Well, you first put the character name, then related stage directions, and then the dialogue. You may place stage directions within the dialogue as you wish. To get the dialogue right, you just have to follow your gut instincts, or ask someone you know to read the lines aloud. Do they sound natural? Or are they incongruous with the characters’ personalities? This may take painstaking craftsmanship, so work on it often and persevere. Eventually, it will come together naturally.

When you begin a new scene or act, describe the setting. This serves the purpose of communicating what will be visually presented to the audience when the scene or act commences. How would you set the stage? For example, you could write: “A back alley behind a Chinese restaurant where hookers, drunkards and other noisome creatures of the night hang out. It is a Tuesday night, and only the shadiest lurk here. Suddenly, JERRY appears.” By the way, when you write characters’ names in setting descriptions or in stage directions, you can capitalize all the letters for enhanced readability.

What is a great way to begin a play? Start out with the characters being in the midst of something, whether it is a brawl or a conversation about warlocks. The first allows for immediate conflict and the latter could reveal something about the characters having the conversation. It is a great way to throw the audience into an engaging presentation. Now how do you end a play? You could write “Curtain”, “The End”, whatever suits your writing style. You could end dramatically, or you could create an enigmatic whisper. It all depends on the effect that you wish to create.

Previous Get the perfect cargo movement with experts

Next Tips for the use of activated charcoal for acne

How To Experience New York The Right Way

How and Why To Select A Good Divorce Lawyer? 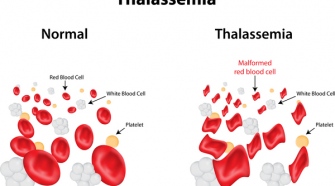