Choosing The Good and Suitable Insurance For A Business

Many cars are affected by rollover accidents. There are different causes of rollover accidents and they could result in a number of legal consequences. Negligent driving, part defects and other causes can result in car rollovers. We should investigate driver errors, road conditions, severe weather and other contributing factors during the accident. We may need to reconstruct the accident to make sure that the real cause can be quickly determined. In order to do this, we should gain help from reconstruction professionals. There should be many questions answered during the reconstruction, such as what caused the rollover or why the car suddenly moved sideways. When there are injuries, we should know what’s the exact cause. A car may move sideways suddenly due to falling of wheel or a tire blowout. Loss of traction on slippery road, T-bine style collisions with other cars and locked up brakes may cause similar problems. High speed on sharp curves could also cause a car to move sideways due to centrifugal forces.

Poor driver responses to unexpected road conditions may also result in various problems. Cars with taller design, such as SUV, are more vulnerable to rollovers. A rollover accident may happen if a force from one side is strong enough to overcome gravity and flip the car. Most rollovers are associated with high speed driving. Soft road shoulders and pot holes could cause cars to lose stability and rollover. Tires may also scrub the pavements sideways; causing the car to bounce to the others side; making rollover more likely to happen. In essence, we should look for causes of sideways motion that create rollovers. In rare cases, poor car designs and defective parts could cause rollovers. If we are choosing a SUV, we should look for recent records of accidents. Some designs may have improper center of gravity, making the car unstable in conditions. Regardless of whether the car moved sideways too suddenly or whether it rolled over; injuries could still happen.

There are different reasons why injuries can happen to people after a roll over or sudden movements of the car. Injuries can happen due to door latches or seatbelts failure. Roof may not be strong enough to protect us from injuries, which may result in neck and head injuries. In a violent rollover, the roof may collapse, pinning or crushing passengers inside the compartment. Seatbelts failure may cause passengers to get thrown outside of the car during a rollover, potentially causing severe injuries or even death. Instead of having involved in such incident, we should avoid rollover and sudden movements. There are pre-accidents factors that we could avoid. As an example, we should make sure to drive slowly. There’s no way our car to make sudden movements or roll over when we drive slowly enough. Cars should be quite easy to control if we are able to take into account a number of important factors. We shouldn’t neglect our common sense if we want to achieve higher level of safety when we drive the car. It takes only a little nudge to roll over a car when it travels at very high speed.

Next GCSE In The Future? Find A Private Tutor For The Right Help

8 Questions You Need To Ask Before Taking A Home Loan 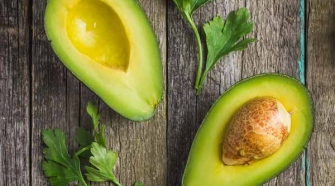