Why A Multicooker Is A Great Addition To Your Kitchen?

Do You Want People To Stop Smoking? Here You Go!

The Benefits Of Taking A Luxury Resort Vacation

Among the most difficult tasks that teachers need to do is to manage aggressive behaviours among children. In general, small children still don’t fully master verbal communication and behaviour is a way they communicate with one another. Good or bad, behaviours are used by preschoolers to communicate with their peers. Behaviours tell others how they feel and what they want. So, when children start to show specific behaviours that may indicate an attempt to communicate, teachers should be quite proactive. Any problem should be addressed properly, before the behaviour becomes uncontrolled. It can be quite difficult to figure out why children are having specific problems. In general, behaviours should be considered as symptoms, not the actual problem. Teachers often need to play detective and find out what causes these aggressive behaviours. Teachers should be able to help children manage these problems. As an example, we should make sure that children are always on a schedule.

By ensuring that children follow specific schedule, it should be much easier for teachers to help them manage anxiety. Schedule offers children a sense of security and predictability. If children know what to expect, their erratic behaviours could decrease drastically. They won’t pitch fits and refuse to stay in the class, if they know when the class will end. Schedule itself provides detailed information and teachers don’t need to explain about things that they need to do if schedule is properly understood. When managing aggressive behaviours among students, parents should try to be one step ahead. Students should have a good plan ready, so they know things that they should do, so it won’t be overwhelming when students become really hard to control. If children seem to be difficult to control, it’s important to use time out. If a preschooler hit someone in the class, it is important to separate him/her from others. The child should be brought to a chair and told to sit down. We should only say what’s wrong with his behaviour and nothing else.

When the child try to run away, children should catch him and immediately take him back. It may take dozens of time, but teachers need to be consistent. When the child says sorry and promises not to repeat it, we should give him a hug and let him join his friends. In general, children with bad behaviours want to make their own rules. It will take plenty of efforts to discipline children. Parents and teachers need to work together and make sure children to follow rules. It should be noted that behaviours won’t change easily, so we should make sure that we can be persistent and patient enough. Teachers may need to do this for a month or two, before seeing the real impacts of their efforts. Pre-schoolers will eventually grow up and figure out about proper things that they should do. Managing aggressive behaviours among children should be easy if we know what we should do and identify the actual problems that could affect them in the school or home.

Next 5 Benefits Of Upgrading Your Garage Door

Searching or Finding The Rooms To Rent In The Bhubaneswar 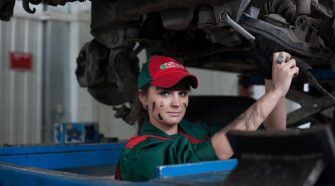