What Are The Personal Benefits Of Volunteering Work?

Protecting Your Garden This Winter

Inspirations for Interiors from the Best Decorated Offices in India

Summer is hot, and so is living or spending any amount of time down in the South western part of the United States. Being that beer is one of the best ways to cool off, there are a few types that you should keep an eye out for if you’re in Arizona. These local beer makers are experts in knowing how to combat a lazy day in the sun, and here are a few brews that might make some great company as you hang outside by the pool.

The Four Peaks brewery is located in Tempe, Arizona, which is just right outside of Phoenix. It is set in the back area of a neighborhood, but all the locals will tell you that they make some of the best beer out there. Every summer they make the “Four Peaks Peach Ale” which is a light fruit beer that has a very sweet and tart taste to it, making it one of the best beverages to have on a hot day. It’s golden color is a great indicator that it will go down the hatch fairly easily, and it is only 4.2% so it should be fairly easy to have a few of them at once if you choose.

You will know it when you see it because the Borderlands Prickly Pear Wheat beer is a bright purple color and smells like a great fruit beer. It’s made using the bright colorful fruit off of the prickly pear cactus, which is often used to many other things such as jams, candy and syrups. Even though it is a relatively sweet beer it’s APV is at 6% which means that it will be relatively deceiving in how strong it is. The Borderlands Brewery is based out of Tucson, Arizona and they specialize in making very good beers that reflect the south of the border as well as the area’s culture in general, so you can expect this Prickly Pear Wheat to be one of the most unique and flavorful brews out there.

For people familiar with Mexican cuisine, you will know what horchata is as it is a popular white rice drink that is heavily flavored with cinnamon that is commonly served with lunch or dinner meals. Borderlands Brewery based in Tucson, Arizona has figured out a way to make that sweet dessert drink into a great summer brew with their Horchata Cream Ale. With a 5.8% APV it is a very light, crisp, yet stronger cream ales that you will find out there in the market. While they only brew this one every few weeks or so it is surely one to look out for, as they are now also producing their beer in cans and starting to send it to places outside of the south west.

The Barrio Brewery is another great beer maker in the heart of Tucson, Arizona, and each summer they produce their fabulous “Beach Ale” that reflects a perfect blend of light, summery and mildly citrus flavors too. It has a 5% APV so you can rest assured that you wouldn’t drink yourself under the table right away, and it is also fantastic when served with a wedge of grapefruit on the side. The grapefruit juice itself compliments the crisp flavors of the ale and makes it even easier to drink and appreciate on a really hot summer day.

Written by the staff at Willie’s Pub and Pool. Willie’s has great drink specials and is one of the most atmospheric bars Columbia MO has to offer.

Next Dealing Effectively With Dealight For iPhone 5s

A Surefire Guide on How to Choose Comfortable Shoes 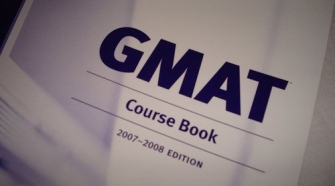 Tips To Get You Started For GMAT, GRE and CAT Exam Preparation