Activities To Improve Your Physical and Mental Health

The Importance Of Cooperation And Refining Team Efforts In Business

Many people think that the odd that they will become a billionaire is one in a billion. In reality, there are some billionaires out there and even many more millionaires. By being rich, so many things in life can be doable. We can achieve so many more things that make us if we are wealthy. One important key to achieve this is by mastering the proper mindset for true wealth. This could only be achieved by building positive consciousness within ourselves.

Apparently, the majority of people are not good at making money and there’s one good reason for that. In fact, the idea of “wealth” is not new for human being. Thousands of years ago, families that have the biggest cave and members can be considered as the most influential and richest. Obviously, it is now all about money and we still repeat the practice of foraging and scrounging money through many different ways.

We no longer live on the edge of annihilation and starvation. In fact, we look for instant gratification through many things that are unimaginable just a hundred years ago. Even so, the instinct of being prosperous and influential remains deep inside our mind. This means, any effort to build wealth shouldn’t be counter-intuitive; in fact should be quite natural.

Many people think that they are not predisposed to the idea of being rich. In fact, many of us often see poverty everywhere and this could distress us. It doesn’t mean that we should look away from others’ hardships, but we should avoid thinking too much about poverty.

We should surround our mental self with images of wealth and prosperity. We should assure ourselves that we are not abandoning poor individuals; in fact we could help them more if we are wealthy. The thought of wealth should be a strong part of our inner self. It should be inseparable like our own identity. Taking away the idea of wealth from of our mind, should be like taking our own lives.

People with the ideal mindset for wealth know that prosperity is natural. A natural thing should be seen as something that belongs to us since we arrived in this world. People will respect us for this conviction and it is possible for us to encourage them to adopt the same mindset. In fact, many people can make the idea of wealth as something viral and this is something that can infect others around us.

Those with the ability to convince people could become motivators themselves and they become wealthier through teaching people ideas about wealth. It is clear that talking openly about our plan to get wealthy shouldn’t be seen as something embarrassing.

In fact, we need to be fully encouraged to create a group of people around us that have the same kind of motivation. Only people with this type of mindset can move forward positively. Money will follow them everywhere. They are the master of money, instead of slave of money.

Next How To Acquire Debt-Free State Of Mind?

What Makes Portland So Darn Cool?

How To Get The Best Christmas Catering Services 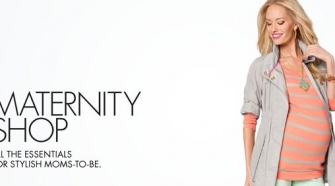 How To Stay Stylish when Pregnant? – Learn About Maternal Fashion Styling Tips