An announcement that eight different local councils in Surrey have teamed up to tackle fraud is something which will hopefully deter a number of criminals from undertaking fraudulent activities. The new grouping is aiming to reclaim £1.68m by the end of the 2016/17 financial year. The group has been set up thanks to the allocation of government funds to the scheme. A total of £539,000 has been used to form the Surrey Counter Fraud Partnership and the main focus of the group will fall on housing benefit fraud, tenancy fraud, council tax fraud and business tax rates evasion.

The new group will ensure that all local authorities will be able to access a single hub for information and guidance. The groups involved include Surrey County Council, Elmbridge authority, Mole Valley authority, Runnymede authority, Spelthorne authority, Surrey Heath authority, Tandridge authority and Waverley authority. The need to work smarter and harder in this area was emphasises with a councillor in Elmbridge stating that the borough council had brought in around £55m in business rates on an annual basis while it provided £14m in council tax support. However, the authority stated that they paid out over £400,000 worth of council tax support and housing benefit to people who were not actually entitled to this support and assistance

Local councils are stronger when they work collectively

Councillor James Browne said; “Although the overwhelming majority of our residents are honest and law abiding there are a small minority of residents who are dishonest and this can add up to a significant loss.” The councillor also called on for people to report anyone claiming discounts or benefits that they are not entitled to. This sort of call to action will always cause debate within a local community.

There will be some people who rightly point out that if people take money that they are not entitled to, they are doing other people in the local area a disservice. There is only so much money to go round and if money is being claimed by people who are not entitled to it, it will negatively impact on the available funding for everyone.

There will of course be plenty of people who are appalled at the thought of people reporting others in their local community. This sort of community group should be removing the need for people to act in such a manner, which means that there shouldn’t be a need for people to tell tales on people that they know.

Collective information sharing is the way forward in tackling crime

The investigation into fraudulent activity is becoming increasingly smarter and the fact that local authorities are working together has to be seen as a positive thing. There is a likelihood that a lot of fraud is being carried out by people who have connections to other people. While there will be plenty of one-off frauds taking place in a local area, it may be that there is a shared pool of knowledge or focus being utilised by people and anything which can help to break this sort of activity has to be seen as a positive thing.

When local authority groups work together and share information, there is an opportunity to gather a greater level of information and build up a bigger picture of what is taking place. It may be that this will provide the opportunity to catch more criminals and minimise the risk that all of the individual groups are experiencing.

There will always be a high level of debate about the sort of investigation work that is taking place with respect to this style of fraud. There are clearly more serious cases of fraud taking place in the United Kingdom and some people have argued that people at the lower end of the economy are being placed under greater scrutiny than people carrying out massive fraud.

There is no getting away from the inequality of life in modern Britain but for local authorities looking to balance their budget, it is easy to see why this sort of crime is the one to focus on. If they can lower the money that they have to pay out while increasing the money that comes in, local authorities could argue that they will be able to provide more support to residents, which will hopefully minimise the need for this sort of activity to take place.

What it does emphasise is the fact that an increasing number of people require proper representation when it comes to defending themselves from fraud allegations and accusations. A specialist fraud solicitor who can provide support with respect to local authority frauds will be of great assistance to anyone facing these allegations.

Andrew Reilly is a freelance writer with a focus on news stories and consumer interest articles. He has been writing professionally for 9 years but has been writing for as long as he can care to remember. When Andrew isn’t sat behind a laptop or researching a story, he will be found watching a gig or a game of football

Previous 10 Car Hacks We Can All Use

What Is The Most Popular Plastic Surgery In 2014

Dealing with the Nature and Usage of Hydroxycitric Acid

5 Tips For Maintaining Your House, Post-Remodel 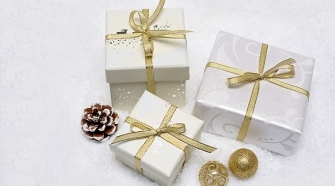