If you think that the rich and famous relieve stress through wine, women and song, you’re wrong. If you believe they achieve enlightenment through sex, drugs and rock ‘n roll, again that’s incorrect. Although there must be some that follow this path, an increasing number of the well-to-do are pursuing something more substantial. It’s called meditation.

Meditation is nothing new. In fact, it dates back hundreds, even thousands of years ago, when life was much simpler than it is today. Even then, our ancestors sought solace in the comfort brought on by the simple act of meditation.

Meditation brings about a transformation of the mind through deep thought and contemplation. A profound sense of peace occurs when the mid is calm and silent.

Perhaps the best known of all meditative techniques is Zen. It’s also arguably the most famous form of contemplation, practiced by Dalai Lama and Hollywood notable Richard Gere. Zen Buddhism has a 900-year-old tradition in which Buddhist monks prepare their tea with great care and ceremony, before their actual meditation. According to the Matcha Tea blog, the monks prefer this type of tea due to its low caffeine content. That comes as no surprise, given that the purpose of meditation is to achieve a sense of inner peace and calmness.

The name of this meditative form is a little misleading. According to Deepak Chopra, one of the creators, “Primordial Sound Meditation… is about experiencing the silence that’s already there and making it a part of your life.” You don’t make any sound at all. Instead, you silently repeat a personal mantra in an effort gain an intense spiritual awareness. Apparently Lady Gaga is a fan of this modern meditative technique.

Do you remember John, Paul, George and Ringo of the Beatles? Back in 1960’s, during the group’s heyday, they helped popularized Transcendental Meditation. Their trek to India to study with the famous guru Maharishi Mahesh Yogi was widely covered in the popular press.

According to WebMD, Transcendental Meditation helps “promote a state of relaxed awareness” through avoidance of distracting thoughts. The technique of Transcendental Meditation is quite simple really. Get comfortable sitting in a relaxed position, close your eyes and silently repeat your unique mantra. Each person receives a particular mantra assigned to them by their certified instructor. The mantra is merely a sound, without meaning, that is based deep in Vedic tradition.

Yoga Journal states that the goal of Kundalini is to “build physical vitality and increase consciousness.” It certainly works for Jennifer Aniston and Sting, both of whom are avid practitioners. Not solely a meditative technique, this spiritual form of yoga focuses on both the physical and mental aspects. Using sound, breath and posture, it builds strength and releases energy that resides in the base of the spine. Kundalini is one of the oldest forms of yoga in existence today, tracing its roots back to 500 B.C. It wasn’t until 1969 that Yogi Bhajan revealed Kundalini to the Western public for the first time.

These stars have been espousing the benefits of meditation for decades, but they are not the only ones. Rock band Weezer frontman Rivers Cuomo, supermodel Gisele Bundchen, and director David Lynch are just a few of this century’s pop icons who make meditation part of their daily ritual.

Previous Procedure To Register A Private ltd Company As Per New Companies Act, 2013

Next Transform Your Backyard Into A Basketball Court

The Advantages of Automated Software Testing

Tips For Your Professional Engineering Exams

How to Protect Your Home against Termites

5 Ways To Improve Your Life This Summer 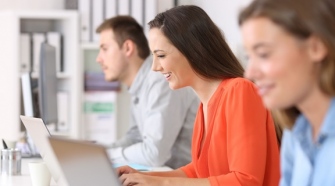 The Qualities You Should Look for in a Job Candidate