Top Tools You Need For A Construction Career

Why Do People Think Self Leveling Floors Are A Good Idea?

Have you ever considered how you come across to other people? If you’re one of those folks inclined towards empathy or introspection, you may have, on occasion, attempted to put yourself in your listeners’ shoes and considered what you sound like to them.

It’s a great exercise for strengthening communication, which is an essential part of any relationship, be it personal or professional. It’s important to be able to do this because sometimes we can fool ourselves on how we are perceived by others. That’s where singing in the shower comes in.

Bring On The Soapy Tunes

The article “Do You Sing In The Shower” notes that most of us who sing in the shower consider ourselves to be really good singers. There’s something about how sound bounces off the tiles or some other sort of physics-related, wibbly-wobbly, timey-wimey explanation that accounts for us sounding good enough to consider ourselves lead vocalist material when we’re belting out our favorites while lathering up.

The point the above-referenced article is making is that you can think you sound pretty good in this one very particular circumstance and environment, when in reality, outside of those conditions, you’re not that good. Or who knows? Maybe you’re even better. We’re not here to judge or critique. But you have no idea how you sound under normal conditions because of you can’t hear yourself from someone else’s perspective.

How Does This Apply To Reality?

Building off the shower analogy, it’s easy to assume that you sound one way to the world, where in fact reality says otherwise. This is similar to what happens after you’ve had a few drinks and reach for the karaoke microphone.

If you have a job that requires good communication skills, notably in the field of sales and marketing, perhaps you could benefit from some self-assessment. Secure a means of recording yourself in the process of work-related calls and play them back later, and hear what you sound like to other people.

Have you ever had an argument with someone who at one point says “If you could only hear yourself now!” Sure, that may be said in the heat of the moment, but there’s some profound truth there.

If you’re in sales, you’re already engaged in an uphill battle right from the start. If you take your job apart and reduce it to its base components, you are trying to persuade people to take an action that they otherwise would have no interest in doing. Many people are hesitant to get involved in a conversation where the ultimate goal is to separate them from their money (and the challenge increases exponentially in a cold-calling situation!).

Therefore, it’s critical for you to know exactly how you come across to people. Are you polite, pushy, wimpy, or rude? Do you prattle on, or perhaps come across as not knowing your stuff? There are so many potential pitfalls in the art of conversation, and the smart person knows this and does their best to know where their strengths and weaknesses are.

In the writing profession, and this comes from first-hand experience, it’s considered smart to put something aside after you write it, then revisit it after some time has passed, and try reading it from the perspective of someone seeing it for the first time. If you’re in the business of talking to people to seal deals, you should consider recording your calls and listen to them again the next day, and see how you sound.

The results will be enlightening, and you just may end up learning something useful!

Next Why We Need Chimney Sweeps – Carbon Monoxide!

How To Design A Great Ecommerce Mobile Site 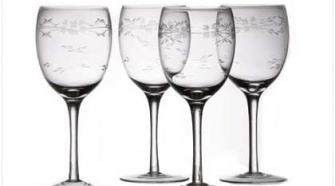