Digital Transformation – The Next Big Leap for Manufacturing

10 Useful Herbs To Grow In Your Garden or Indoors

Almost 7 months have passed that Indian tax regime witnessed the biggest change-GST. The implementation of this new tax system has not been the most discussed topic in India but the fuss is all around the world. Many of us, Indians, are however still struggling in understanding all GST slabs in India. Have you ever given a deep thought on how is GST beneficial for you and is there any scope that our government will introduce something similar in our healthcare department?

In this article, we are focusing on the possible changes that can happen in the Goods and Service Tax (GST) tax regime and also what good and bad has it brought till date To start with, let us look at the benefits of GST.

GST and its benefits

The new tax system was initiated with the expectation to bring in the below-listed changes:

The last point has not been so fully achieved as the suppliers have increased the prices of the products and services to make up for the tax they have to pay. As a result, we can not say that GST had been successful in this case.

What about the healthcare industry?

On a broader note, some of the changes that have not been accepted by the consumers of India is GST on sanitary pads. Talking about the healthcare industry, we can not miss the fact that only 1.4% of GDP is devoted to Indian healthcare. The question thus arises that if our country can have GST, is it not possible that we have a universal healthcare system? Countries such as China, China and Brazil are taking the healthcare department seriously than our own country where the death rate is drastically increasing. Every six out of ten deaths are happening in India from non-communicable diseases and there are no major steps being taken by the government of India.

Diseases such as cancer are taking over the women population worldwide and India is one of the top nations in this category. In our country, 20% of girls drop out of school because they do not have the access to proper sanitation. Women in the rural areas (majorly) have no access to sanitary pads and use products such sand, leaves, clothes, etc. during their menstrual cycle. This was the reality when sanitary pads were tax free and now that GST has been enforced, the situation is going worse. An activist group from Gujarat has been fighting hard to make sanitary pads tax-free. They have decided to write messages on 1000 sanitary pads and send it to the Prime Minister of India. Do you really think that making them tax-free is the solution?

In order to make it accessible to the women population, it is important that it should be first made available for free and second the major change can only happen if the government focuses on the healthcare of women in India. If women in India are not healthy it not only affects them but the people associated with those women as well. We can not forget that women are the pillars of a strong nation and if they are made to pay tax on a product, which according to the government is a luxury item, we doubt that India will be able to make this segment ever strong. Why is it so difficult to understand that sanitary pads are a necessity and women have the right to proper health and hygiene.

‘Padman’, the movie inspired by Arunachalam Muruganantham who understood the need of hygienic sanitary pads is releasing this month. Lead actor Akshay Kumar has been promoting the movie by spreading awareness on women health and hygiene. The way he has talked about periods being a natural phenomenon is surely going to help the mass understand it too. It is very important that we talk about the issue openly only then we can expect the mass collectively understand this.

Next The Power Of Marketing Automation Software Systems

Trip In India Explore The Engaging Destinations In India

How A Hot Tub Can Really Improve Your Health 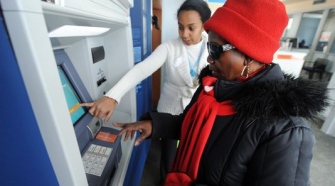