Enjoy Your Cocktails With An Indian Twist

Car Jacks are important for any vehicle owner even if they are sometimes rarely used. They normally come to mind when a flat tire happens. Other than that, these are overlooked car tools that one can put to good use – particularly for the ones who love to tinker around with their ride.

Looking for the best car jack in the market will depend on several things. This includes price and use. Hydraulic jacks are considered one of the best car jacks to get, something that a person can simply slide underneath the car and lift easily with the use of a pipe or lever. By default, car owners would have a scissor-type of jack, one used sparingly and when flat-tires occur.

The case is different for car owners who want to do car maintenance and repairs on their own. Experts say that it would be best to get floor jacks with at least three-quarters of a vehicle’s gross weight. For example, a 3,000-pound jack would be sufficient to lift a 4,000-pound jack vehicle.

The explanation behind this rule of thumb is because normally, only a half of the car is lifted. It is usually temporary and people who want to leave a car in a suspended state are normally urged to use jack stands to assist them. This is to prevent accidents such as sudden issues with a car jack’s hydraulics. This normally occurs when the oil used becomes low of viscosity. This is a reason why jack stands are recommended to keep a vehicle in a stable suspended state before performing things like doing an oil change.

There are several floor jacks to get in the market. One of the common ones includes the Arcan ALJ3T Aluminum Floor Jack, ideal for fast lifting. It weighs just 56 pounds and something that should easily fit in the car trunk in case an emergency arises.

From there, there are other car jacks to consider each varying in design in total weight. This includes faster lifting jacks, low profile jacks or even hi-lift jacks, ideal for offroad vehicles and use.

Now that we are aware of the different car jacks one can get, it would be best to find out when to use them. Aside from a simple change oil, a car jack can come in handy when replacing an old drive belt normally found at the under chassis of a vehicle. Brake pad replacement is another, a simple do-it-yourself that requires one to remove the wheel.

Other potential things one can do include changing an alternator or perhaps the car’s air conditioning compressor. Changing some engine support or double checking the bearings or rubber fitting is another. As one can see, there are plenty of things one can do from beneath a vehicle.

Car repair can be done by anyone although it would be best to have an actual mechanic do it for them. Folks who want to learn can always ask them to help out, a learning experience so that next time, they can do it themselves. Some prefer to use a repair manual, something that may or may not help depending on how one understands that car problem. When in doubt, it would be best to hold off since it may end up being becoming a double whammy – broken car and added (unwanted) cost.

Previous Do Your Actions Have a Negative Impact on Your Health?

Next Protect Yourself and your Vehicle with Auto Insurance! 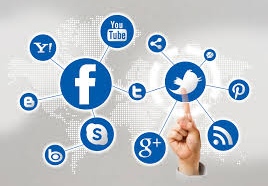 Effects Of Social Media On Our Work Life