Getting Transported Into A World Of Make Believe!

Indian cuisine has occupied special place in the list of the best cuisines from all around the globe. The excellent blend of rich flavours, addition of tasty and aromatic spices that are grown especially in Indian soil, final touch up with homemade sauces, etc, has never failed to melt and even hook every heart that enjoys the mesmerizing cuisine in India.

Shaped like a pyramid, this appetizer has become one of the all-time favourite snacks of almost every Indian soul. This is a mixture of deep-fried pastries and the fillings of some spicy ingredients. Just like any other Indian dish, this appetizer can be prepared in a pure vegetarian form, by just using potatoes, peas, vegetables, etc, for filling. For non-vegetarian samosas, you can use lamb or chicken stuffing. This triangular shaped appetizer tastes best when enjoyed with tamarind chutney.

If you prefer meat in your dishes, then there are thousands of recipes available in the Indian recipe book, which will be a feast to your taste buds.

Chicken is used as the main dish, as a taste enhancer, as an addition, etc, in almost hundreds of dishes that are prepared in Indian kitchen. One such cuisine includes Tandoori chicken wherein the breast and wings of chicken will be barbequed by adding a mixture, which contains perfect proportion of spices to enhance the taste.

This dish is prepared using chicken breasts and wings that will be marinated overnight in the mixture of spices and yogurt in perfect proportion. Indian kitchen is not a big fan of grill and hence the meat will be baked till it reaches the exact form in the traditional clay ovens. The temperature will be set to 500F and the tender meat  will become more juicy and tender due to the presence of yogurt in it.

Chickpeas are used for many dishes in Indian vegetarian dishes. The flavourful and earthly feature of these peas never fails to hook even the all-time-meat-eaters. When baked in the required form with a blend of spices that are mixed in perfect proportion, it tastes just like baked beans, which brings back many childhood memories.

The fluffy form of the dough that is formed after slapping many times onto the inner walls of the oven is Indian bread, or otherwise known as Naan. It is often enjoyed with butter chicken sauce or with any of the Indian curries. Naan can be enjoyed in many forms such as rotis, kulchas, parathas, chapathis, etc.

With the growing popularity of Indian cuisine, many famous restaurants in London UK have started including it in their list of menu.

Next Staying In The Beautiful Somerset West

Dealership Or Locksmith For Car Keys?

How Floor Lamps Will Brighten Up Your Home

4 Parameters That Acknowledge You As A Qualified Entrepreneur 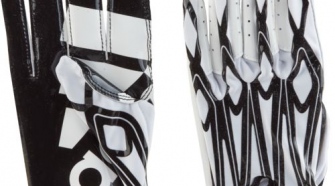 Make Your Purchase Of The Football Gloves Through The Internet