Hassles and Issues Faced By People About Air Conditioners

Ranakpur – A Perfect Escapade Deep Into Lap Of Mother Nature

Does Mozart Really Affect the GPA?

Bullying is an aggressive behavior where a person is repeatedly intimidated or harassed by a person who is more powerful or by a group. The behavior is often repeated and habitual causing intentional pain, discomfort or injury to the victim .Bullies set their attention on those individuals who are different from the rest such as-;disability or physical stature, sexualpreferences, cultural difference and physical or intellectual ability.

Bullying behavior may include:

EFFECTS OF BULLYING ON MENTAL HEALTH

Bullying affects the victim physiologically, mentally, emotionally and mentally. Those affected are extremely unhappy, lonely, lackconcentration, get panic attacks and are usually frightened. They tend to be unsocial and prefer to keep to themselves.lf bullying is from one of the family members, they may run away from their homes. Those in school may drop out due to the pressure and those bullied in offices may resign form their jobs. Below are some of the effects of bullying on mental health;

Addiction-Victims may end up being depressed so much that they end up withdrawing from social relationships. Their self-esteems are usually low and with their egos bruised, they turn to drugs for comfort. They end up being addicts.

Mental Depression-This is common with the bullying victims as they feel worthless and unimportant and some of them end up committing suicide. Most of these cases occur because the victims are too shy to disclose that they are being bullied. Other effects of depression are, lack of sleep, nightmares and headaches.

Mood disorders-A victim may get extremely emotional especially when they remember about their ordeals. Some even have physical marks which remind them of the torture. This makes them less social and they may tend to disagree with people or get into fights. They may even find it impossible to hold on to relationships as they are more aggressive and violent.

Withdrawal from family and school-Most children find it hard to learn and they might drop-out from school to avoid the bullying and harassments. Some find it hard to concentrate in class which decreases their ability to focus. This leads to poor performances with poor grades. Someare unable to relate well with the family members and may end up bringing up violence and hatred.

Low-self-esteem-This is where the victim undervalues him/herself especially if bullies target them for their disabilities, obesity or underweight, sexualpreferences, poverty or even intellectual ability.

Bullying can be dangerous especially if the victim does not get proper professionalhelp. The victim should be checked into a hospital where he/she can be treated using an ehic card which will help pay for treatment and follow up programs.

Raising Awareness Of Anxiety Through Statistics and Education

10 Factors That Must Be Considered For Blissful Gardening 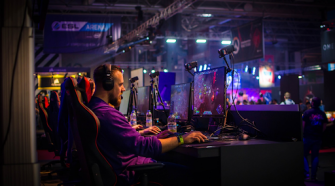 Plan Your Conference AV Successfully – Tips That Will Make Your Event Just The Best!