How To Find An Excellent Caterer

Cursive writing, that looped curvaceous style of handwriting with decorative flourishes that has been taught for generations, was omitted as a requirement by Common Core State Standards, the standardized educational benchmarks for United States’ public schools. Many states also dropped cursive from their curricula as early as 2011, favoring, instead, keyboard proficiency. This means that elementary schools would discontinue teaching cursive handwriting to students.

The importance of having to learn two kinds of handwriting has been deemed unnecessary by many experts because the main method of communication nowadays is on a keyboard and in print. A very small proportion of adults now use cursive for their day-to-day writing and simply print. Handwriting scores zero points on standardized tests, and even printed signatures are now legal.

On the other side of the controversy, cursive writing has its enthusiastic supporters who are determined to help the campaigns to bring it back to the schools.

It was pointed out by Jimmy Bryant, Director of Archives and Special Collections at the University of Central Arkansas, that many historical documents and journals will be illegible if people cannot read cursive, so the ability to read cursive is crucial in order to preserve the history of our nation. Others have questioned whether future children will be incapable of reading documents and handwritten letters from previous centuries, including treasured family ones, that were written in script.

More importantly, cursive writing may also boost brain activity. A 2010 study found that preschool students who actually wrote out the letters rather than just viewing them showed changes in brain activity when they later viewed those letters, which indicates that the the motor system augments visual processing. Therefore, handwriting is good cognitive exercise.

There is a direct correlation between the ability of children to read and their being able to write the words they have read in a legible manner.

Cursive writing has huge practical advantages over printing by hand because it is felt to be faster, and develops hand-eye coordination, fine motor skills, and other brain and memory functions.

A study by a college board found that SAT test essays written in cursive received a slightly higher score than those written in printed letters. Another advantage of cursive writing is that it engages more areas of the brain than printing does, and it has a positive effect on brain development.

Penmanship is an artistic endeavor that opens up expressions of creativity and brings pride in persevering and conquering the art of cursive writing. Students enjoy cursive writing, being able to write like grown-ups, and especially love to write their names.

Cursive is an important means of communication. According to graphology, the way we connect our letters is symbolic of the way in which we connect with people. It is held that those who print tend to isolate themselves more than the fluid writers do, and texting others through a machine takes away from looking into each others’ eyes while talking.

Good handwriting is still a skill that implies an educated writer, so many advocates definitely feel that children should continue to be taught cursive writing. Science has proven that cursive writing lights up areas in the brain that keyboarding and printing simply do not.

Accomplished wood turner and lifelong woodworking enthusiast Robert “Bob” Massey brings a unique passion and skill to each and every custom pen turning and wood turning project that arrives in his ‘to-do’ hopper. His work can be ordered at http://www.bobscustompens.com/

Next 8 Good Ideas For Your Campervan

Advantages Of Having A Distance MBA Program In India

7 Tips Of Managing Online Campaign In A Cost – Effective Way

Harnessing The Best Ideas To Become A Profitable Trader 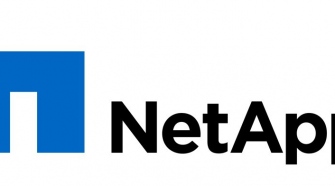 5 Reasons Why To Get NetApp Certification