The Impact Of Improper Drainage On A Roof

The Edinburgh Jazz and Blues Festival is just a few weeks away and tickets are already on sale. There are many different acts covering all aspects of jazz and blues throughout the festival and it’s the perfect way to spend a few days in the city.

Spending a few days in Edinburgh can be great fun and choosing to visit the city as well as the festival can make for a great British holiday. You can book into your own serviced apartment and be the master of your own break but when you do look for tickets for the Jazz and Blues Festival make sure you check out the following acts.

Abdullah Ibrahim is opening the show on 18th July. It’s recognised worldwide as Mandela Day which is why the festival organisers have opted for South African jazz musicians for the opening of the show. Ibrahim is a world renowned South African pianist who cites Thelonious Monk and Duke Ellington as his influences. He’s celebrating his 80th birthday this year and dong it in style with concerts around the world including at the festival and at New York’s Carnegie Hall.

Van Morrison, probably the most famous musician at the event, is performing on 22nd July. His huge back catalogue means he has all kinds of different classics to choose from including many jazz and soul offerings as well as R’n’B and Celtic traditional music. The odd jazz standard is bound to creep into his set but he’ll also be playing new tracks from his latest album Born to Sing.

Batchelors of Jazz have become something of a phenomenon in Scottish jazz. They’re one of the country’s most entertaining traditional jazz bands. They stick to absolute traditional style with classic Dixieland jazz tune played in an entertaining way which definitely gets the audience going. The Bachelors of Jazz were put together by trombonist and singer Dave Batchelor and are a seven piece outfit. They’re playing on the 20th July and so they can be enjoyed alongside the others acts we’re mentioned.

The Gramophone Jass Band is one of the most exciting acts to come out of Edinburgh for a long time. Young, fun and highly energetic the Gramophone Jass Band are taking the classics of the prohibition speakeasies and reinventing them for a modern audience. They began by hosting jazz nights across Edinburgh under different names but have now come together with some fresh blood to the Edinburgh jazz scene.

The band are playing the 20th and 21st and are performing on the 18th with their Gramophone Jass Band Vintage Orchestra.

Davina & the Vagabonds have become huge on the international blues scene and they add something a little different to the Jazz & Blues Festival in Edinburgh. High energy is once again the name of the game and Davina Sowers herself has exceptional stage presence as she plays her piano and sings. Davina & the Vagabonds are playing on both 18th and 19th July.

There are tickets available for most of these acts and therefore there is the chance to see at least one of these acts.

Trudi Cueto works for The Edinburgh Apartment . If you are visiting the city this summer, make sure to stay close to all of the sights.

Next Is Cursive Writing Dead?

Three Steps That You Should Take After An Auto Accident

What is Lenders Mortgage Insurance and Why You Need It 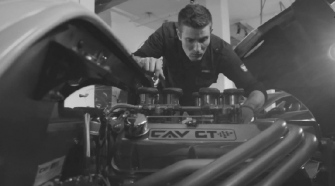