Future Of Brick and Mortar Stores

Non-Owner Car Insurance – What You Need to Know About It

Comcast is huge! They are one of the largest telecommunications companies in the world. They have cable TV branches, they provide internet services, they’re all over telephone services, and they have almost 200,000 employees. 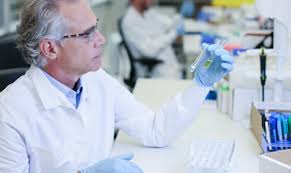 Of course, they have also been voted the worst company in America (twice even)– which is a pretty big achievement if you think about it. So, it shouldn’t come as a huge surprise that not only does Comcast insist on pre-employment drug screening but have almost been knowing to spring random drug testing on their long-suffering employees.

Obviously, Comcast isn’t the only large employer to do this, it was all the rage amongst large corporations who underpaid and overworked staff at one stage. So, let’s talk about the types of drug screening you are likely to encounter at Comcast and other similar oversized corporations.

There is a range of drug ‘panels’, but most companies seem to go for a 5-panel drug test. This doesn’t actually mean anything other than that they are going to look for the presence of five different types of substances. However, you can get a pretty good idea of what they are going to be looking for, so this list can give you an indication but bear in mind that these may change depending on the importance the company places on the effects of each type of drug.

Example of a 5-Panel Drug Screen

Example of a 10-Panel Drug Screen

Technically there are up to 17 types of legal, prescription or illegal drugs that companies can test for They can also screen for alcohol, but this is more likely to be only done in the case of an accident where they believe alcohol has been involved.

Companies that require their workers to be alert, such as those who operate heavy machinery, may be more concerned with cannabis or opiate use than a company whose priority is steady consistency in a monotonous role.

The standard types of ways the employers like Comcast have available to test employees for drugs are via blood testing, hair analysis, saliva swabs or urine. Occasionally breathalyzers will be used, but this is not standard practice in a corporate setting.

Each type of test has pros and cons, with urine drug testing being the preferred option as it provides a balance between cost efficiency and accuracy, however out of all the types of testing a urine drug screening is probably the easiest to beat.

The different types of drug screening also have different detection windows, with a hair sample analysis being perfect for detecting long term substance use and abuse. However, hair sample drug testing can be more expensive than a urine test to administer and is not able to detect very recent drug use. Generally, if you are trying to find out if an employee has smoked pot that weekend or is currently under the influence of meth, hair testing is not the type of drug screening that would be used.

The drugs or other substances enter the internal hair shaft from the oil sac just under the scalp, which is why as the hair grows you are able to see the substances moving down the hair shaft. So, although you can get a general idea of how long ago the substance entered the bloodstream, you can’t really get an accurate dating scan.

There are several methods around that offer suggestions and options on how to beat a hair strand drug test, with varying degrees of success. Many of these are only going to cause a chemical burn on the scalp and potentially loss of hair through breakage. Of course, you also get the type of person who genuinely believes that shaving their head will get them out of having to take a hair drug test, being completely unaware that although getting a sample from the hair on your head is certainly the preferred option, testing can be done on absolutely any hair found on the body.

Blood testing, however, is good at detecting drugs that are currently in the employee’s system. Many drugs only last a few hours in the bloodstream, and even their metabolites are only detectable for a few hours longer, so this is not a good system of analysis if you are looking for habitual use.

Another draw back with blood testing is that it requires a qualified nurse or lab technician to administer the test. Because it is using a syringe and vial system to actually draw blood from the vein of an employee if they have a fear of needles this could become a concern. Occasionally you may also encounter employees with veins they make obtaining a sample very difficult, either because their veins are physically difficult to access even as a trained professional, or because they have a high clotting factor and it is difficult to get the blood to flow for long enough to get a correct sample of blood into the vial.

Obviously, a blood test is the most invasive type of drug screening tests.

With a saliva test, you do have a mildly invasive procedure, but most people are ok with having a cotton bud like testing swab wiped across the inside of their cheek. This is another method that is not overly popular, partially because the results are usually only considered to be preliminary so if it was a legal case then further screening would need to be undertaken, but also because its use for detection within a useful timeframe is limited.

Out of all the available options, the normal type of test is the 5-panel urine test, although it isn’t the best at detecting if the person taking the test is currently under the influence, as there has to have been time for the substance to enter the bloodstream and be processed through the liver and kidneys.

Next 5 Creative Uses of Concrete in Garden & Home 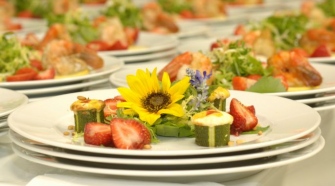