An Overview Of T-Shirt Printing Selection

An Introduction To Car Suspension

The biggest excuse people make regarding their inaction towards environmental protection is that they don’t see other people doing the same. They don’t want to feel inconvenienced when many people are not doing their share.

They also think that their actions don’t have a significant impact on achieving big global goals. If you are among these people, you need to change your mentality. Instead of waiting for others to act, you need to start moving now.

You can’t control what others do

If you wait until others change, it might be a lost cause. You can’t force people to change since it is beyond your control. However, you can control your decisions, and if you decide to help save the environment now, it is possible. Besides, other people might also get to where you are now at some point. Give them time to reflect on their decisions, and they might even start changing.

You don’t need to start big

It is understandable if you can’t entirely stop the use of plastic at home. When you buy some household essentials, they come in a plastic container. You might have to keep searching for other options that are environment-friendly. You can start ditching plastic when heading to the supermarket though by bringing a recyclable bag. Find things that you can reasonably do to avoid feeling like it is a burden.

Think of your children

Forget about yourself and the kind of environment you have right now. Think about your children and what kind of world is waiting for them in the future. If we don’t change soon, the air pollution levels will go beyond control. The ocean will also get polluted and affect marine life. Resources will start running out. Several species will become extinct. If you start thinking of how grim the future could be if you don’t change now, you will feel guilty. Therefore, you need to act now because you want to tell your kids that you did your part to give them a better world.

If you want your actions to also have an impact outside your house, you can start by patronizing companies that follow green practices. When other companies start seeing their profits decrease because they are not doing anything to save the environment, they will change their ways. You can also do the same if you ever use a junk removal service. You want the company to be responsible for determining what to do with the collected trash. You want them to make it easy for you to remove waste from home, but you also don’t want them to make things worse for the environment.

You have the power to effect change, and now is the right time to start.

Previous Do You Have To Have A Social Security Number To Marry In The United States If You're From A Foreign Country?

Next What to Expect When You Buy From Receptra Naturals

Exciting Sightseeing Spots Of Goa For This Vacation 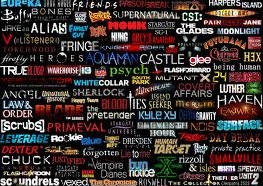