How To Attract More Readers To Your Blog

5 Secrets For The Success Of Big Idea Mastermind

Can Children and Teens Get Teeth Whitening Done?

Tyres; be it for a truck, an SUV, minivan, motorbike or the usual car differ from each other with design, tread wear and many other features defining overall driving experience. Two of the most common in assembly line are “radial” and “diagonal/bias” tyres. Let’s have a look at critical details of each as it’ll surely help in getting the right pair of truck tyre as well as for different types of vehicles.

Michelin Brothers in 1895 were the first to use pneumatic or inflated tyres on an automobile after which the company became a leading producer of truck tyre and for various other automobiles. Throughout half the 20th century, production line remained limited to just the truck and car following the diagonal/bias construction.

In 1948, Michelin developed and introduced radial tyres that became widespread in the 1950s and 60s across the Europe and Japan. Vehicle and tyre manufacturers in the U.S. resisted the change until the 1970s but the coming of imported cars raised the demand of radial tyres as all such vehicles were fitted with such wheels.

The increased demand and consumer satisfaction for the radial tyres changed the trend and almost every other U.S. built vehicle were equipped with these by early 1980s.

Radial truck tyres from the house of Michelin came out in mid 1940s due to the need of more flexibility; an ability of the wheels to absorb road surface shocks. Due to their stronger built, machines equipped with radial tyres give their maximum output as well as smooth driving experience all through.

Steel cord plies are fixed right on the tyre heel with a belt across the shell. Due to overlapping cord plies, side walls of radial tyres are highly flexible. Some advantages of these particular wheels are;

Since 1898, diagonal tyres replaced full rubber wheels setting a new standard in tyre industry. The car case layer of these particular tyres is made of nylon cord placed in sidewalls and treads following a crosswise or diagonal direction, at an angle of 55 degrees. Certain advantages are;

Diagonal truck tyre has belts also known as plies that give the wheel its circular shape. These plies are composite layers of polyester, steel cords or fibreglass embedded in a tyre’s rubber. The layered belts run across each other’s angles and throughout the body.

Radial wheels have belts at a 90-degree angle to that of the tyre and overlap each other instead of the cross direction. Another belt, usually a steel cord runs under the tread allowing the sidewall to withstand higher load without affecting traction and driving.

The details above exemplify the difference between diagonal and radial tyres to help you get the right pair for your vehicle.

Previous Everything You Need To Know About Roses 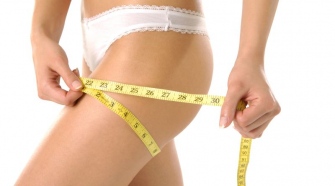 Is Unique Hoodia Worth The Price We Pay?