Tips on How to Market Your Trucking Business

Mining in Australia is dated back to the 1800s when silver and copper was discovered. Mining is a significant economic activity in Australia, and its future is foreseeable. Australia is one of the leading contributors of minerals in the world.

Australia mainly mines coal, copper, zinc, gold, uranium, lead, among others. The minerals have over the years contributed almost 5% of Gross Domestic Product. Export of these minerals is a primary revenue earner for the country. Additionally, mining has created employment opportunities for many people.

The mining industry is significant in Australia, and the government has hired external contractors to conduct mining efficiently. They are also suppliers to mining companies who are vital in supplying mining equipment and other supplies.

The impact of mining in Australia

The Victoria gold rush led to immigration from the United Kingdom and other countries. People from other countries settled in Australia due to the mining of gold. Most of them were employed in the gold mine, and others were investors.

The population of Australia has significantly grown over the years due to mining activities that attract people beyond the boundaries.

Most minerals are exported earning the country income. Australia is among the top five producers of iron ore, gold, zinc, and lead. It also ranks number four insignificant producers of black coal. Additionally, it is the world’s largest producer and supplier of uranium.

These minerals have gathered the country quite an amount of wealth.

3) The rise in living standards

Mining is an economic activity in Australia’s essential states; Western Australia, Queensland, and South Wales. It has benefited the people in the creation of employment opportunities consequently raising their standards of living.

Most people are employed making Australia to have a stable and favorable economy.

4) The attraction of major investors

5) Pollution of the environment

Despite the benefits of the mining activity, it has also led to negative impacts on the environment. Victoria gold rush contributed a lot of wealth to the country. However, it largely contributed to deforestation, pollution, and erosion.

Queenstown mountain was also completely tampered with. The mining leaves open pits that are health hazards. Tampering with the land contributes to landslides, earthquakes, and erosion. The other factor is the emission of dangerous gas during the process of mining that is harmful to our health.

Many die during the process of mining.

Mining has significantly impacted the economy of Australia. As the leading economic activity the country is free from risks of unemployment or deteriorating economic conditions.

The contribution of mining is notable in the country. Despite it having adverse effects on the environment it contributes almost 5% of the country’s wealth.

It is an economic activity that is not likely to enter recession stage shortly. Its future is promising and productivity in the economy of Australia.

Previous Movies to Watch with Your Kids

Making Sure You Get The Best Staff For Your Childcare Center

What Actually Happens At A Fertility Clinic 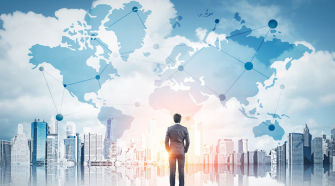