Goa, undeniably the beach capital of India is a paradise of coastal retreat, perfect sun-kissed sands, azure water, 17th century medieval colonies, revered churches, and many more. Located on the eastern coast of mainland India it is one of the most well-known places in the country. It is a fast developing state with GDP that ranks amongst the highest GDPs in the country. With Panaji as its capital it is a very well-governed state in the nation. Panji is the nerve centre of the state and houses all major administrative and judicial bodies. It is a commercialized city. However it is not the largest city, in fact Vasco Da Gama also called simply “Vasco” is the state’s largest city. Since 17th century the place was a Portuguese province and during the 450 years long reign of Portuguese it prospered from being an almost idle place into a bustling port city filled with numerous European buildings, markets, and narrow and wide lanes. The historic city of Margao and Old Goa (9 k.m. from Panaji) still ooze the cultural influence of Portuguese. These are the places where still abide the essence of old days in the forms of churches, convents, bungalows, and many other monuments. UNESCO has declared Old Goa as the World Heritage Site.

Goa although is the smallest state in India but it is one of the most visited places in the country. Year after year, it is visited by large number of domestic as well as international tourists. The timeless and highly significant tourists attractions, excellent hotels, pleasant weather, lucrative Goa tour packages, decades old restaurants and cafe, etc. together promise of fun-filled holidays. Live and relish entertainment on the hottest beaches and clubs in North Goa or spend some respite time in tranquility at the serene tourist spots in South Goa. Following is a list of a couple of tourist places that you would not like to miss.

Fort Aguada – An architectural marvel of 17th century, it is one of the most iconic monuments of Goa. It stands over the Sinquerim beach and was constructed by Portuguese. It was a stronghold which provided protection to Portuguese dominion from British as well as Marathas. It is quite popular for offering breathtaking views of the vast sea and the palm fringed beach. A walk from the fort to the lighthouse located close to the fort is simply relaxing.

Dudhsagar Waterfalls – Nestled in the middle of lush greenery it is one of the India’s highest waterfalls. It is splendid as the milky water gushes down from a height of 310 meters and makes a very scenic setting. You can catch a taxi from Panaji to cover the long 60 k.m. journey.

Naval Air Museum – It is a military museum inaugurated in 1998. It is second of its kind museum and houses exhibits that portray the journey of Indian Navy from its inception to present date. It has four indoor exhibits and an indoor gallery. There is also a park outside where tourists can walk around and see the artifacts. It has a large collection of aircrafts, weapons, documents of significance etc.

Choosing between North and South Goa

How To Succeed In A Phone Interview

How Songwriters Should Choose The Best Singers? 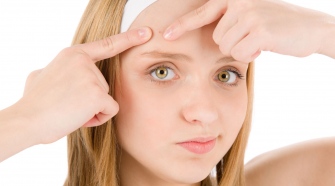 How To Get Rid Of Acne?