A Basket Of Health and Beauty

Learn How To Build An Effective Global Business Strategy

Technologies To Help In Luxury Hotels For Better Customer Service

Add An Artistic Charm To Your Home!!

Teens dealing with ADHD often have difficulty dealing with relationships, dating, social activities and school. Another common problem that affects many teens with this disorder is drug abuse. One recent study, published in the Journal of the American Academy of Child and Adolescent Psychiatry, discovered that teenage drug abuse is more prevalent in teens with ADHD. The study showed:

Having ADHD doesn’t guarantee that a teen will have a problem with drug abuse. However, since studies show that teenagers with ADHD are more likely to abuse substances, parents must be aware of this link and take measures to prevent the problem.

Why do Teens with ADHD have a Higher Risk of Substance Abuse?

While ADHD doesn’t directly cause substance abuse, it can expose teens to many risk factors that increase the likelihood of using drugs. Some of the reasons teens with ADHD may have a higher risk for substance abuse include:

The Importance of Early Treatment for ADHD

Some of the common signs of teenage drug abuse include:

Of course, some of the symptoms of drug abuse are very similar to the symptoms of ADHD. Parents need to pay attention to their child’s behavior regularly, and if any new symptoms or changes occur, they should be discussed with a physician.

Next Who Does And Who Doesn't Need Singapore Math? 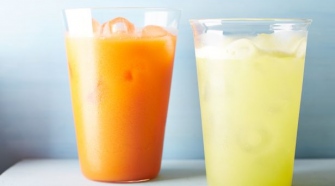 Making Our Own Sports Drinks