10 Best Bicep Workouts You Can Do At home

The New BMW X5 Has Arrived

3 Things You Should Do Following a Skateboard Accident

Read about hydrogen cars; basic principles of hydrogen fuel cell system; pros and cons compared to cars on another type of fuel; how to drive it safe.

Hydrogen cars are the new competitors on the road

Technologies are always developing in the automotive industry. In the struggle for new sources of energy hydrogen wins. While you are looking for the best UK essay writers, the production of hydrogen cars becomes the most actively developing sector of engineering.

Hydrogen is number one in the Periodic table. It exists in a lot of things and it`s a super simple element: one proton and one electron. Three-quarters of everything is hydrogen. The most vivid example is the sun which consists of 92.1 % of hydrogen. Therefore, hydrogen is a pure fuel.

On the roads in Europe you can already find hydrogen cars. The European project on the replacement of traditional fuel with hydrogen is very ambitious. Three components are necessary for its implementation:

–     state interest in the development of this sector.

A serious step toward the development of vehicles working on clean energy was the decision of the European Union to reduce emissions of carbon dioxide into the atmosphere to 40%. With a view to the energy independence of countries, the share of renewable energy will increase to 27% in the total energy balance. As a result, the automotive industry reacts immediately and produces hydrogen cars.

How do they work?

A hydrogen car is an electric car, but it does not have a battery. The engine itself produces electricity through chemical reaction with hydrogen. Instead of a battery a fuel cell is used in which oxygen enters into reaction with hydrogen, producing electricity and water. As a result of this chemical reaction, only water is emitted from the exhaust pipe into the atmosphere.

The heart of the car is a fuel cell system that powers the electric engine through the chemical reaction. Each cell consists of two plates separated by a membrane. Oxygen from the air is supplied from one side with hydrogen to another. The positive particles of the hydrogen atom are able to pass through the membrane. The negative particles cannot pass through. However, atoms need an equalizing charge. To achieve this the electrons must change the path that creates the electron flow. The final products of the chemical reaction are power for vehicle and water.

The most important advantage of hydrogen cars is absolute loyalty to the environment. Since these cars work on clean energy, emission problems do not exist at all. Environmentalists can sleep peacefully, as water is the only by-product.

Time spent on refueling a hydrogen car is the same as for a car on traditional fuel. A few minutes is a significant difference compared to several hours for an electric car on a battery. Hydrogen cars can go on longer distances than other green cars. The distance without refueling ranges from 300 to 600 km.

Experts note that hydrogen cars are noiseless and easy to drive. You keep all your driving habits as for a car with an internal combustion engine.

One of the promising advantages is that hydrogen can be produced on the refueling stations instead of its transportation by the gasoline tankers.

On Earth hydrogen exists only chemically bonded in molecules. In order to produce hydrogen you need to extract it from a respective molecule.

The production of hydrogen is carried out by electrolysis. An electron flow takes place through the water resulting in the release of hydrogen. However, this method requires additional energy which increases the cost of fuel. The solution to this problem was renewable energy sources such as sun and wind.

Today scientific studies are aimed at increasing the efficiency of electrolyzers – devices that split water into hydrogen and oxygen. Hydrogen is then purified and stored directly on site. This is its advantage. Disadvantages of hydrogen cars is their high cost and a small number of refueling stations.

How safe it is?

The main problem is the possibility of hydrogen ignition. In the presence of an oxidizer – oxygen, hydrogen can ignite. Sometimes the ignition occurs in the form of an explosion. According to studies to ignite hydrogen one requires one-tenth of the energy required to ignite gasoline. In fact, everything is not so bad. Since hydrogen gas is extremely light, it will quickly spread into the atmosphere if it leaks. Then the explosive mixture will not work, and the danger of explosion will be minimized.

Hydrogen can lead to suffocation. H2 is not poisonous, but you can suffocate simply because you will lack oxygen. It is impossible to recognize that the concentration of hydrogen in the air is high because it is invisible and has no smell. Such a problem can only be in a closed space. If the leakage of hydrogen occurs in the open air, its concentration will be small and will not pose any danger for life.

What To Expect from A Wedding DJ 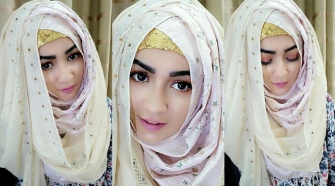 How To Buy A Good Quality Crinkle Hijab?