Promote A Movie Before Its Launch To Get Good Audience

PhuketFit: A HIT With Australians

Get To Know About Acid Cigars Here

We all have been hearing about the downfall of many industries since people can’t work during the ongoing pandemic. The most hit industries are the travel and aviation industry as an effective lockdown has been set in most of the countries around the world to safeguard people and stop the epidemic. In these adverse scenarios, companies like Boeing have suffered heavy losses as the numbers suggest. To understand this, shares of Boeing (NYSE: BA) lost 13.8% in July and have lost half of the total value in 2020 which is a sign that people don’t have the same level of trust in the company. It is mostly the product of COVID-19 as traveling was totally restricted for a few months and it has only partially reopened.

One of the crucial news to consider when it comes to Boeing is that the newest single-aisle aircraft of the company, which is the 737 MAX. This was something that raised the stock price after its release, but it was grounded all over the world after two fatal crashes in 2019 which hit the company hard. Although the thing that matters the most at this point in time to the company, as well as people interested in its stock price, is the virus. Furthermore to the stock price going down, the aerospace suppliers are down about 45% which makes it all the more difficult for the company as well as the industry.

The scenario that is bugging the analysts and the investors is that the prediction of the numbers in the stock markets related to the vast aerospace sector is not possible. Hopes of air travel returning to the same level as it was in 2019 are almost minimal as questions on vaccines have a large impact on stock prices irrespective of the industries.

To worsen the factual situation, the Boeing stock has underperformed the S&P 500 index and the Dow Jones Industrial Average with losses of 20% and 23% respectively. As the vaccine trials are delivering successful results, the shareholders and the company itself feel more optimistic about the future as the analysts project an upward trajectory after such news.

Some experts think that Boeing will get the US Government support as the company is a prime defense contractor of the US. The company announced mid-April that it would return to work with 27,000 employees near Seattle and the suburbs with all the social distance requirements fulfilled, such as wearing masks, keeping distance between people, temperature screenings, etc. Most of the rating agencies and the investors/analysts are of the opinion that the current pandemic scenario has more chances of harming the company’s value in the long run than the pre-existing 737 crisis. In addition to that, recently British Airways, which is the largest operator of such large commercial aircraft in the world, announced that it is going to retire its fleet of such large aircraft because of the existing problems in the travel industry caused by the global pandemic. The only positive thing that supports the company is that it is one of the only two companies that supply large commercial aircraft and supports the US defense contracts too.

Among such uncertainties and mishaps, there are a few good things happening for Boeing that can help its stock price go up.

On the other hand, science and technology are doing great during the crisis as people have finally understood the value of online learning and many such similar features that prevailed before but no one bothered to venture into. Online video-calling platforms have flourished as all the important professional work alongside conducting webinars is done through such apps and websites. Zoom, for example, has witnessed a growth of 2000% in its total number of users during this adverse time. This proves that such apps solve an issue to a large extent, helping people to fight the crisis together.

Previous 5 Ways To Keep Track Of Your Child’s Development

How To Do License Plate Lookup Free 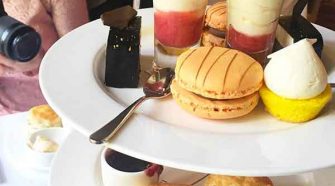