5 Reasons To Choose Modwood Decking Over Others

The Trends and Features Of Recruiting Software

How To Build Your First Blog

A $250 Million Civic Tax Fraud Case against Sater is dismissed

Felix Sater is a Russian-American businessman who is also a former business colleague to President Donald Trump. Sater had a civil fraud case which also involved a real estate he cofounded known as Bayrock. This case was brought to trial as a qui tam case whereby the person with information about the case is allowed to file on behalf of the state. In this case, the attorney general can choose to be involved or not base on how the case is running. The whistleblower to this case was Fred Oberlander, a lawyer who had represented Jody Kriss, who had formerly worked with Sater. The case was about a money-laundering suit against Bayrock.

Oberlander filed the case based on the information from Kriss original case which had been afflicted by federal judges. The attorney general Eric Schneiderman attended the hearing where he said that Oberlander argument was not good as he used the information that the federal judges had previously ordered that it should be removed from the federal complaint. Attorney added and said that it is likely that the case would be dismissed.

In the year 2016, Eric did not attend the case. He sent a letter to the Supreme Court about a deceptive press release where Oberlander had claimed that attorney had allowed him to go on with the case. A Manhattan court eventually dismissed a $250 million civil tax fraud case completely. Sater’s lawyer Wolf expressed that the case was not dismissed on procedural grounds, but it was based on fundamental issues. He also noted that Oberlander and another lawyer Richard Lerner had been mentioned twice to the Department of Justice regarding their improper behaviors during Sater’s proceedings.

Initially, in the year 2010, Sater and the real estate company had a lawsuit which was brought against by the Bayrock’s former finance director Jody Kriss. In this case, Oberlander said without evidence that this real estate company operates engaging in patterns of continuous, related crimes which he included mail, wire, as well as tax evasion. He also listed conspiracy, money laundering, bribery, embezzlement and extortion as crimes that this company engaged in. Kriss also accused Sater and Tevfik Arif, who is the founder of this real estate company, that they had turned her down out of millions of dollars through money laundering, fraud among other misconducts that the company was accused to have committed. The lawsuit was moved to a racketeering case in December by a New York judge.

Tevfik Arif and Sater decided to negotiate with the Trump organization to market some of its projects. They wanted to sell under Trump’s brand, but they did not disclose about the case. In the year 2007, Trump said that he could not accept to do business with the real estate company if he knew of the sater’s past. He also said that he has never met with him physically. However, a person who requested anonymity due to fear of vengeance by Sater and his associates said that Trump and Sater had standing meeting weekly. He also disclosed that Trump’s office and the company offices were in the same tower.

According to Kriss, Sater’s loyalty and business connection with Trump made it difficult for Trump to disclose information about Sater. Sater assisted Trump to have connections to Russia. In the year 2007 Trump said in a deposition that Russia is one of the best places in the world for investments. He also noted that it was ridiculous that he won’t invest in Russia. Trump and Sater had been associates for business purposes both in the United States as well as in Russia. It is through Sater that Trump was able to invest in Russia a place he expressed as the hottest to do investments globally.

Previous Things We're Not Taught In Colleges But Really Should Be

Next Save Money With An Online Check Stub Maker

Muay Thai Training Website in Thailand and Promoting with Internet 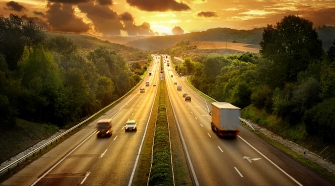 Scott A 8 years ago