How To Learn Factoring Trinomials?

Why Have A Base In The Cotswolds?

Big data is mainly identified as a corporate invention that is creating by companies and used by companies at their disposal. It is considered quintessentially business-related. And, one cannot really think of other uses of big data. It would be rather unconventional to say that big data is the new strategy that political parties employ to win elections. Shocked! You will be even more shocked to know that this is not a new phenomenon.

A report from The Washington Post can clarify all your doubts if you do not believe what is written here. The teams of the former United States’ president, Barrack Obama, and his opponent in the 2012 election, Mitt Romney, used big data for election campaigning. This was so prominent that The Washington Post went on to call Obama, the “big data” president. So, how does this really work. And, how is it possible for something like big data to be used for elections.

Our beliefs sometimes limit our ability to see the perfect usage of common things in uncommon ways. The first thing that we should focus on is how we perceive big data. Just because we are unable to segregate big data from a business organization, we are unable to consider the purpose that it can fulfil in other areas. Elections are a perfect place for using big data because the data that is analyzed is generated by users who will be voting in the elections. This is similar to what organizations do. They make use of data from relevant sources to make data-driven decisions.

If you are still unable to imagine how big data can be used in elections, then it is not your fault. You have just learned that it can serve a purpose in elections and in the previous section, you understood why you were unable to think in this direction. Political parties hire big data specialists who have expertise in analytics. The specialists accumulate data from relevant sources and analyze the data with respect to what the party wants to achieve. They basically identify the trend and enable decision-makers to focus on the right aspect. For example, data analyzed shows that people in a particular city rely more on newspapers for news than on television. In this case, it would be preferable to advertise the campaign highlights or the agenda of the political party through a newspaper rather than a TV commercial.

Big data alone cannot make you win or lose elections. Big data is actually of no use in election campaigns without a big data analytics services India who can make meaningful use of the data. The role of an analyst is not limited to choosing the right propagation medium (as discussed in the above example). But, it also involves a holistic approach. A political party usually creates a manifesto before contesting the election and the points in these manifestoes can make or break a party’s aspiration. A good analyst would use techniques like Microtargeting to streamline the voter data and suggest strategies to reach out to these voters for donations or acting as an influencer in the required domain. This is just one example of how big data can be used to create an action plan that can benefit political parties.

Although execution is not related to big data directly, big data can be used for effective execution. In this case, political parties might rely on data that will help them craft execution policies keeping in mind a certain norm or habit of the voters. Again, data analysts have a strong role to play here because they get an opportunity to empower the political parties to make the right implementation strategies which would help them attract voters. For example, if a party wants to put up a hoarding of their candidate, then using big data can help decide the right place for erecting the hoarding. Execution is generally a part of the action plan but with a team of good data analyst, political parties might want to have a separate execution plan to make the most out of every investment.

Big data is in an evolving phase. Users and service-providers are also in a phase where evolution is required to meet the need of the growing big data and increasing company expectations. In terms of elections, big data has not been used as widely in a lot of countries. It became popular when it was used in America and in the time to come, it will be slowly adopted by different governments and political parties. The present is more focused on analyzing the data and making use of social media platforms, the future would be more focused on analyzing social media trends along with the existing data and making the use of every possible channel to propagate.

he year 2017 started on a dramatic Hollywood-style note for a few database-service providers. In a series of events, some database became victim of ransomware. This raised questions about the security of cloud-based databases which has been the biggest drawback of cloud so far.

Previous Time Tracking Software - A Must For Every Business Organization

The Problem with International Student’s Renting

How To Quickly Track A Cell Phone Location 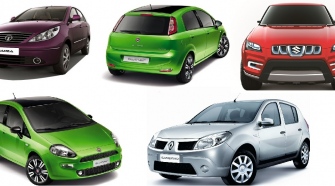