No End To The Possibilities When Cooking Welsh Lamb

An Explanation of Common Types of Tires on the Road Today

For two days in 2006 the Oprah show dealt with what those she interviewed, including Melinda and Bill Gates, called a crisis in American education. It boiled down to low expectations and large, inadequate education facilities. But for the students, it meant no one knew their names and no one cared. The students got lost in the education system.

The Oprah show with Melinda and Bill Gates profiled several pilot schools, but one type of successful pilot school of education, championed by Melinda and Bill Gates, really caught my attention. Students who’d felt like nobodies in their school now felt that they mattered. Teachers, even the principal, knew their names, and cared about where they were headed with their education and with their lives. Students who’d been thinking about dropping out began to flourish in this education environment. One student went from a 2.5 to a 4.0 average. She said of her education environment, “There’s not enough room to fall through the cracks.”

Why did this program on the education system catch my attention? Because just while Nebraska seemed bent on destroying the smaller schools, large school districts around the nation are discovering that splitting into smaller schools is better for students and for their education. The pilot programs are proving it.

As Melinda and Bill Gates discovered, small schools keep students, teachers and parents in connection with one another, because all are held accountable, and there is a much greater potential for a real bonding of care and concern to take place. This facilitates not just marking time for teens, but a chance at real education under a positive educational environment where the student is far more than simply a number or a reason for more government funds.

While many areas of the country are seeking to alleviate problems in education by offering a smaller school setting, some places, like in Nebraska, those overseeing the education system have set students up for a higher possibility of failure by severing schools from their communities and students from that smaller setting where they have a personal stake in their education. Why are some educators and government officials so willing to destroy an educational system where students feel that what they do matters and when things go south, parents and teachers pick up on it more quickly than in a large education school setting?

Just before I entered 7th grade, my family moved to Northwest Kansas where Dad ministered at a small rural church in a farming community held together by the church and school. All grades gathered in a large room under one teacher. I came from a town-school background and thought I was pretty smart. I learned a hard lesson. I was behind the others in my grade. It took a concerted effort on my part to catch-up to my classmates in that little school.

A small school did not mean a backward school as far as education. The two years I spent in that one-room school were some of my most challenging. I later discovered when the country school students took placement tests for high school, invariably, the country students far outscored the students from larger schools.

If this is what we lose in getting rid of our smaller school systems, I think it’s time we keep the smaller schools, create more of these positive education opportunities in our communities and get rid of those determined to destroy our small school education environment.

If we truly care about our children, we must preserve and promote what is already proving successful-small schools. Who knows, maybe they’ll turn out to be a Bill Gates or an Oprah Winfrey.

Injuries During School Sports? Learn How To Avoid Them!

Your Question Is Answered!! About Basement Remodelling

Effective Spend Analysis and Sourcing That Can Lead To Quicker ROI 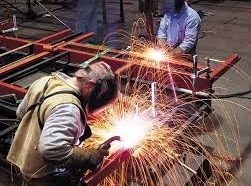