Dirty Water Consumption: Is it Safe?

How To Change Your Car Oil Cheap

Spring Bakes, Light Recipes to Whip Up this Season

Moodys Investors Service and Fitch Ratings reduce their credit ratings for the oil giant, which estimates the cleanup and containment could cost it $3 billion.Some oil industry analysts say BP might have to sell assets to pay for efforts to stop the Gulf of Mexico oil leak, including the drilling of a relief well, above, and clean up the mess. Others say the company has enough cash to foot the bill. BP is becoming the new pariah of the oil industry and faces the possibility of having to sell assets if it cant show some success in the coming weeks at stemming the flow of crude into the Gulf of Mexico, Wall Street analysts and energy experts say.

The fallout from the deadly Deepwater Horizon drilling rig explosion in April continued Thursday, when credit rating firms Moodys Investors Service and Fitch Ratings reduced their assessments of BPs long-term debt.Fitch cut the oil giant to AA from AA-plus, citing the potential for civil and criminal charges and saying “risks to both BPs business and financial profile continue to increase.Fitch estimated that the company could spend as much as $3 billion on cleanup and containment this year. The federal government Thursday sent BP its first bill covering oil-spill response costs so far, totaling $69 million.

Moodys lowered BP to AA2 from AA1 and put it on review, which might lead to another downgrade. Moodys said costs related to the protracted oil leak will “weigh significantly” on BPs cash and “constrain its ability to focus on other key areas of the company business.

5 Reasons You Should Use GarciniaCambogia

Start Eating These Foods and Start Lowering Your Cholesterol Now 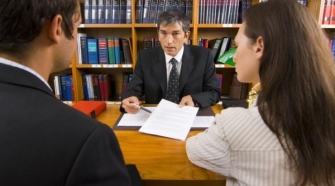