How To Get Perfect Negative Space Eyeliner

6 Things To Consider Before Taking Your Case To Court

The need of energy in today’s life is inevitable, but the energy sources are limited, to overcome this various renewable resources have been developed. Many countries of the world are switching to alternate energies and among which Germany has stood to receive 80% of the energy from renewable resources by 2050. Converting wind energy to electricity is proven to be among the best source of renewable energy. The wind mills and turbines employ large fans with long, sharp blades for the processing, but larger the blades more the electricity is generated and the wind power requires to move the blades is also is also high.

The current windmills uses large blades which are noisy and not only that it bears high danger to the animals nearby, almost tens of thousands birds, bats, eagles are dead because of this wind mills. For this reason and for the effective use of wind energy in future, a company named Saphon that is located out of Tunisia have come up with a wind energy technology which includes zero blade technology. The Zero Blade Technology is mainly inspired from the sailboat. This technology is expected to increase the efficiency of the current wind power conversion devices. The blades are replaced by a sail shaped structure and both hub and gearbox are removed.

Fuller wind turbines are also developed to overcome the loss create by the traditional wind turbines. This fuller wind turbine is the invention of Solar aero. Its specialty is that is has only one rotating shaft unlike the former wind turbine , which is called turbine driveshaft. And all the components of the fuller wind turbine are assembled inside a housing by an expert electrician. It has a screened inlet and outlet , if noticed from closer the turbine’s only movement visible is when it adjusts to track the wind. It can be utilized in military surveillance and radar installations, since it requires low maintenance and no rotating shafts.

The latest invention to the wind turbine is lateral axis wind turbine, which is developed by Leelananda Jayasuriya from Sri Lanka. The functionality of turbine in this system is just like a Ferris wheel, in which the blades orbits in elliptical path around the central shaft. The lateral axis wind turbine can rotate in the direction of the wind, generates less sound and safer to birds and animals. It can be developed by the locally available material and could generate 20 MegaWatt of commercial electricity , which is verified by Commercial Electrician Sydney CBD.

Author-Bio: Am Uzma Sultana, an Engineering Graduate and an SEO Analyst by profession. Writing on multiple topics and blogging is my passion. I’ve been writing on web from past two years and as of now am working for a Digital Marketing Firm. To Know more about me Follow me on Google+ .

Next Toyota Cars Between 5 To 10 Lakh Price In India

How Adults Students Should Go Back to College?

Stick To A Balanced Diet To Stay Fit and Feel Good 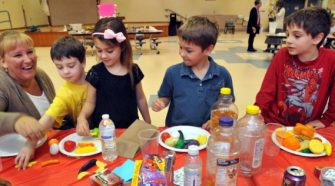