How Architects Are The Best Guide While Building A House?

The Banking System In UAE

How Satisfied Are You With GST Slabs In India?

music director of the youth ensemble (comprising musicians ages 12 to 22) and resident conductor of the St. Louis Symphony, has trained his charges exceptionally well. The string, woodwind, brass and percussion sections also received coaching from members of the New York Philharmonic before the concert, which was a benefit for the Riverside Food Pantry.

Mr. Stare inspired the musicians to impressive heights here, opening with a polished and suitably spirited rendition of Brahms´s "Academic Festival Overture." Brahms described the work – written to thank the University of Breslau, then part of the German Empire, for giving him an honorary doctorate – as "a very boisterous potpourri of student songs."

The brass section, often the weakest link in a professional orchestra, shone in the first movement of Mendelssohn´s "Reformation" Symphony and throughout the evening. Mr. Stare also coaxed elegant phrasing and nuanced dynamic contrasts from the string players in the symphony, composed in 1830 for celebrations of the 300th anniversary of the Augsburg Confession, a cornerstone of the Lutheran faith. (For various reasons that work was not presented during the festivities.) The woodwind players also performed well, with all sections meshing into a vigorous and expressive whole.

After intermission came Vaughan Williams "Fantasia on a Theme by Thomas Tallis," with elegantly rendered solos by Jecoliah Wang, the concertmaster, and Emma Kinsley, a violist. The second half also included a technically proficient and lively rendition of the Overture to Bernstein´s "Candide" and concluded with a vivacious interpretation of Rimsky-Korsakov´s colorful "Russian Easter Festival."

Going Wholesale? Everything You Need to Know to Get Started 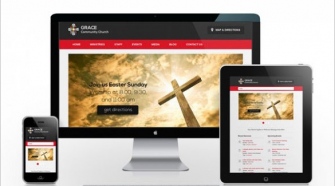