How To Dress For Work In The Twenty-First Century

Here’s How You Make The Most Of Your Front Garden

Things To Do Before Scrapping Your Car

Prevent Your Car from Being Stolen by Thieves

Check Out The Perfect Ingredients For A Delectable ‘Web Design’

Workers compensation has been part of American industry since 1911 when Wisconsin introduced a no-fault system for dealing with on-the-job injuries. It made prompt medical care available to employees and limited the liability on company owners.

Attempts at making sure workers were covered for injuries sustained on the job go back to antiquity. In ancient Sumeria, about 2050 B.C., workers received money for each body part that was injured, claims medical historian Gregory Guyton. The civilizations in ancient Greece, Rome, Arabia and China all had similar laws. For example, an Arabian who lost the joint of his thumb was compensated at the rate of one-half the amount of a finger.

By the Middle Ages, these laws had been replaced by the whim of feudal lords. They decided, often arbitrarily, whether or not to provide monetary help after an accident, and if so, how much.

By the Industrial Revolution, English common law had taken root in the Britain and its colonies, including America. It had three principles that determined whether or not a worker could get compensation, called the unholy trinity of defenses because they were so restrictive.

The first was contributory negligence, meaning if the worker had anything to do with causing the accident, then his employer was not culpable. The second was the fellow servant rule, meaning if another employee in any way contributed to the accident, then the employer was considered not at fault.  The third was assumption of risk, which meant that employees assumed the risk inherent in certain jobs.

The first major reforms came from Germany in the late 1800s, under the championship of Otto von Bismarck. He instituted a system of social insurance, part of which was the Employers’ Liability Law of 1871.

What Is Covered Today

In the U.S. today, workers receive comprehensive coverage for most injuries and illnesses resulting from the workplace. Medical expenses, lost wages, death benefits and vocational rehabilitation are all covered.

It is mandatory in all states that some type of workers comp be carried by all businesses. If a company doesn’t have it, they will be assessed all the medical expenses associated with the claim, plus penalties.

Not All States Are the Same

Most states use a standard set of rules to compute rates. These are set by an advisory organization, the National Council on Compensation Insurance. But the actual premiums that companies pay depend on which rating bureau a state uses.

One way that most companies have available to them to control the cost of their premiums is to make sure they have a policy that is written through a voluntary market, not an assigned risk plan. The assigned risk category tends to have much higher rates. Agents are not always forthcoming with this information, so owners need to ask.

Another way is to check into alternative methods of obtaining workers comp insurance. These can include trade associations and other types of organizations. Sponsored insurance programs usually have lower rates. Getting advice from law offices that specialize in workers comp, like Gilbert & Bourke, can help a company choose the most cost-effective method.

The Way to Control Claims

The easiest way to control claims is by preventing accidents. This is done by encouraging a culture of safety in the workplace. This means educating workers, having protective gear readily available and following OSHA guidelines.

Workers comp is a boon to workers and employers. Staying on top of regulations, making safety the number one concern in the workplace and being informed about rates keeps costs lower for companies

Previous Rent In An Expensive Apartment

Next How To Conquer Drug Addiction

Remember To Be Realistic When Looking For Love Online

Better Automotive Business Trips Down Under

Romance Has Just Got Sweeter With Valentine Cakes 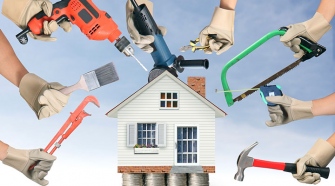