B Hannah 8 years ago

Songs That Rock the Boat, With Heart and Soul, Too

Here’s Why Kit Homes Are Becoming a Thing in Australia

Family Presses In RV To Live Out And About

Get The Latest Fashion-Forward Crutch Accessories

Cars are shipped around the world and we often find that cars made by Japanese manufacturers punch above their weight, based on the value for money. Compared to the European and American counterparts, manufacturers in Japan are often able to deliver cheaper cars. It is clear that Japanese cars are cheaper not because they have poor quality. Mitsubishi, Honda, Nissan and Toyota are know for their quality level and longevity. Perfectly good cars can be obtained from Japan manufacturers. They also have manufacturing facilities outside Japan that are close to local markets, such as in South East Asia. Things can become even more affordable, if we are looking for used cars.

Used Japanese cars are usually cheap, because people in Japan tend to prefer new products. Even houses in Japan are often torn down after a few decades and they will be rebuilt. It is clear that Japanese people have strong preferences for new products. When choosing for products in Japan, we should find those with good condition and low mileage. When choosing used cars from urban areas, we could be sure that these cars are not driven too far by the previous owner. In fact, many urban cars could spend most of the time idling at red lights and heavy traffic.

Used Japanese cars are also known for their great fuel economy. This is especially important in an era when oil price is fluctuating. There are also hybrid cars in used car market and this is a good choice if we want to save money on lower fuel costs. Many people tend to choose ever-thirstier cars with high performance. In the end, they could be restricted to drive at short distances to save money. Japan has no significant oil reserves and they need to purchase oil from distant countries. In this case, we often find that Japanese cars are both reliable and highly efficient.

If we want to reduce costs further, we may choose a type of Japanese cars, called Kei, meaning light. The maximum capacity of these cars are usually 650cc. Many car companies in Japan are experienced in making cars in this category. Other than having light-weight design, Kei cars also have efficient and small engines that require less fuel to reach a destination. This is a reason why Japanese manufacturers are ahead of the game in some segments of the automotive market. So, used cars from Japan can be a good choice when we focus on getting the best fuel-efficiency.

If we are able to obtain used Japanese cars, we may find models that sip fuel, instead of ravenously gulping it. They are often equipped with a lot of latest advances, because Japan is known for great technological advancements. These are some of the killer reasons why it is a good idea to choose cars from Japanese manufacturers. Used Japanese cars from urban dwellers should be ideal for our requirements, regardless of our situations. This is a good thing that we need to consider if we want to get the biggest bang for the buck. 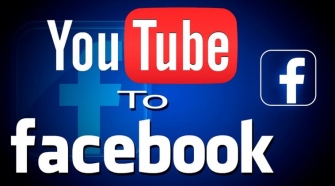 How important is a YouTube thumbnail to reach out to more viewers?