How To Stop Paying Too Much For Services

Finding The Truth About The Effect Of Equipoise

Money laundering aims to conceal the source of assets or money obtained through a criminal activity. The crimes may involve several illegal activities such as drug trafficking, fraud, corruption, and extortion. Approximately $590 billion to $1.5 trillion worth of criminal proceeds worldwide is obtained every year.

Penalties Given to Those Who Commit Money Laundering

The penalties associated with money laundering differ in state and federal law. Convictions usually result to fines, probation, or jail sentence. A combination of penalties may also be given.

Misdemeanor convictions are given fines up to a few thousand dollars. A higher fine is given for felony conviction. The defendant must pay up to $500,000 or twice the amount of money laundered.

Probation sentences may last for at least one year. It can reach up to 3 years or more. A specific set of conditions must be met in order for the defendant to be released. Violation of the conditions may result to jail time, additional fines, or lengthening the probation period.

Defending Yourself from a Money Laundering Charge

Being convicted with money laundering will jeopardize your future. You should be able to prepare a good defense by:

The penalties for money laundering should not be taken lightly. Contact a criminal law attorney today to help you prepare your defense.

Next Rights Of A Surrogate Mother

Procedure To Register A Private ltd Company As Per New Companies Act, 2013 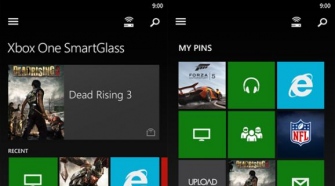 What Are The 6 New Features In Xbox One?